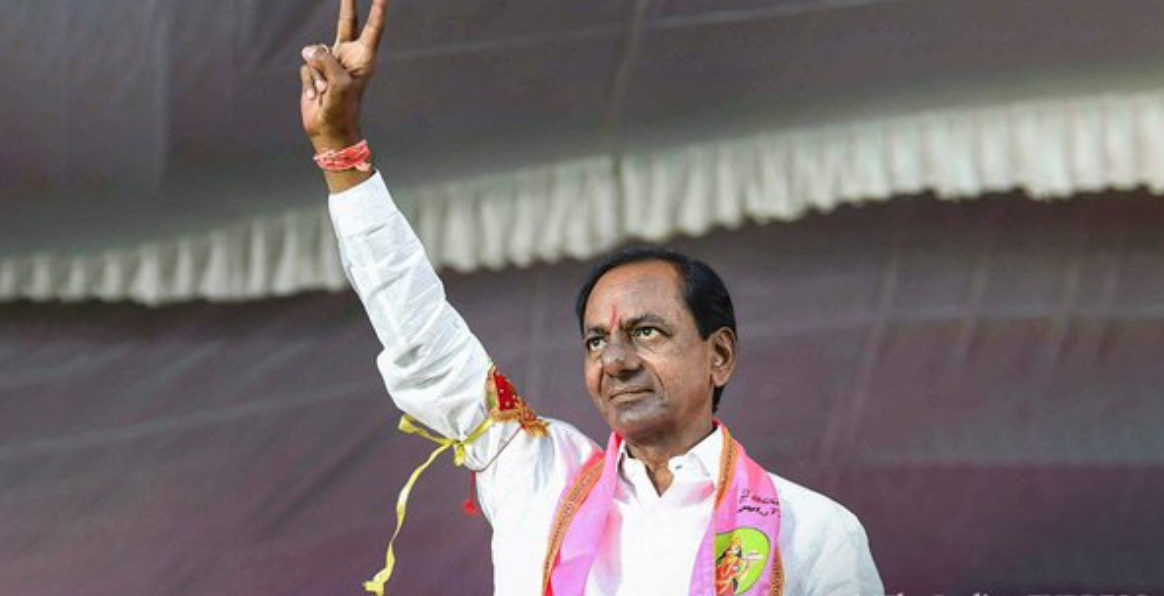 New Delhi: K Chandrasekhar Rao has been sworn in as the chief minister of Telangana for the second time, on Thursday. The oath-taking ceremony of Telangana Rashtra Samiti concluded at 1.34pm. Former deputy chief minister Mohammed Mehmood Ali has also taken oath as a minister. The other cabinet ministers will take oath at a later date.

K Chandrasekhar Rao, 64, who is popularly known as KCR, has been elected as chief minister of the state for second straight term since Telangana was carved out of Andhra Pradesh as a new state in 2014. His party TRS has won the assembly election with huge majority. The party has won 88 seats in the 119-member assembly. The results were out on December 11.

While promising to work for the Telugu people, KCR, after the results were announced, said, “Chandrababu Naidu came to Telangana saying he wants to work in the interest of Telugu people. I also want to work for Telugu people. If someone gives you a birthday gift, don’t you give a return gift? As part of my national outreach, I will work in Andhra Pradesh also. Chandrababu Naidu will soon see what impact I will have there. We will work for a non-Congress, non-BJP front at the national level. Telangana has proved it this time to the nation – we are a non-BJP, non-Congress party and people have elected with a resounding majority again.”