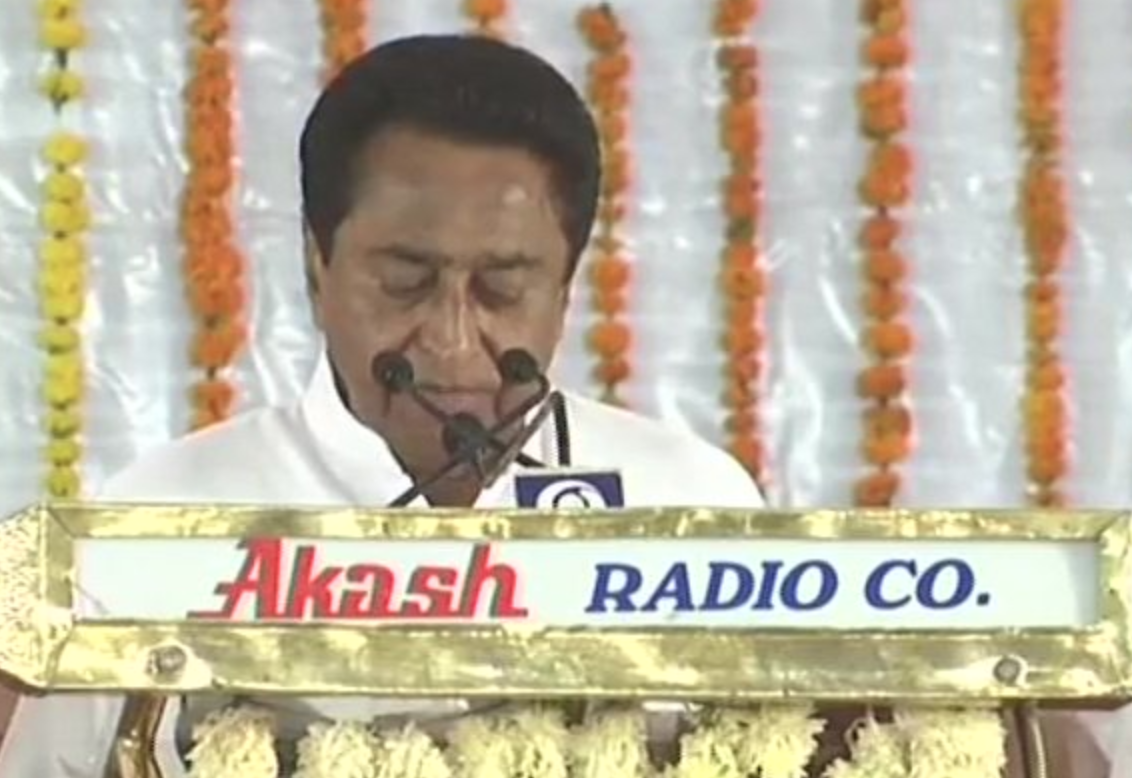 Bhopal: Veteran Congress leader Kamal Nath has sworn in as the 18th chief minister of Madhya Pradesh in grand ceremony. Many prominent national leaders were present on the dais with the new chief minister. Governor of MP Anandiben Patel administered the oath of chief minister’s office to Nath.

The swearing-in ceremony was eclipsed with the protest by opposition party workers over alleged involvement of Kamal Nath in infamous 1984 anti-Sikh riots in Delhi. Nath has been sworn in on a day when another Congress leader, Sajjan Kumar, has been convicted and sentenced to life imprisonment by the Delhi high court for his role in the in 1984 Sikh killings.

While denying the allegations of his involvement, Kamal Nath asked, “There is no FIR against me, so how can I be held guilty of being involved in the riot?”

Reacting to the protests, Nath said, “I took oath in 1991 and several times after that, no one said anything. There is no case, FIR, or chargesheet against me. Today they are raking up this matter. You can understand politics behind this?”

Top Congress leaders including party president Rahul Gandhi and former Prime Minister Manmohan Singh were present at the swearing-in ceremony. Outgoing chief minister Shivraj Singh Chouhan has also graced the ceremony and got clicked by photographers with Kamal Nath and Jyotiraditya Scindia on the dais.

A former Union minister, Kamal Nath, 72, has been nine-time Lok Sabha member from Chhindwara constituency of Madhya Pradesh. He has become chief minister of the state after breaking 15-year-long rule of the Bharatiya Janata Party.

The Congress won 144 seats in Madhya Pradesh out of 230 seats defeating BJP after 15 years. The Bahujan Samaj Party and the Samajwadi Party have extended support to Congress to form the government in the state.

Kamal Nath along with Jyotiraditya Scindia had met the party president Rahul Gandhi in Delhi last week. After rounds of discussion and meetings, the party has chosen Kamal Nath for the chief minister of Madhya Pradesh.