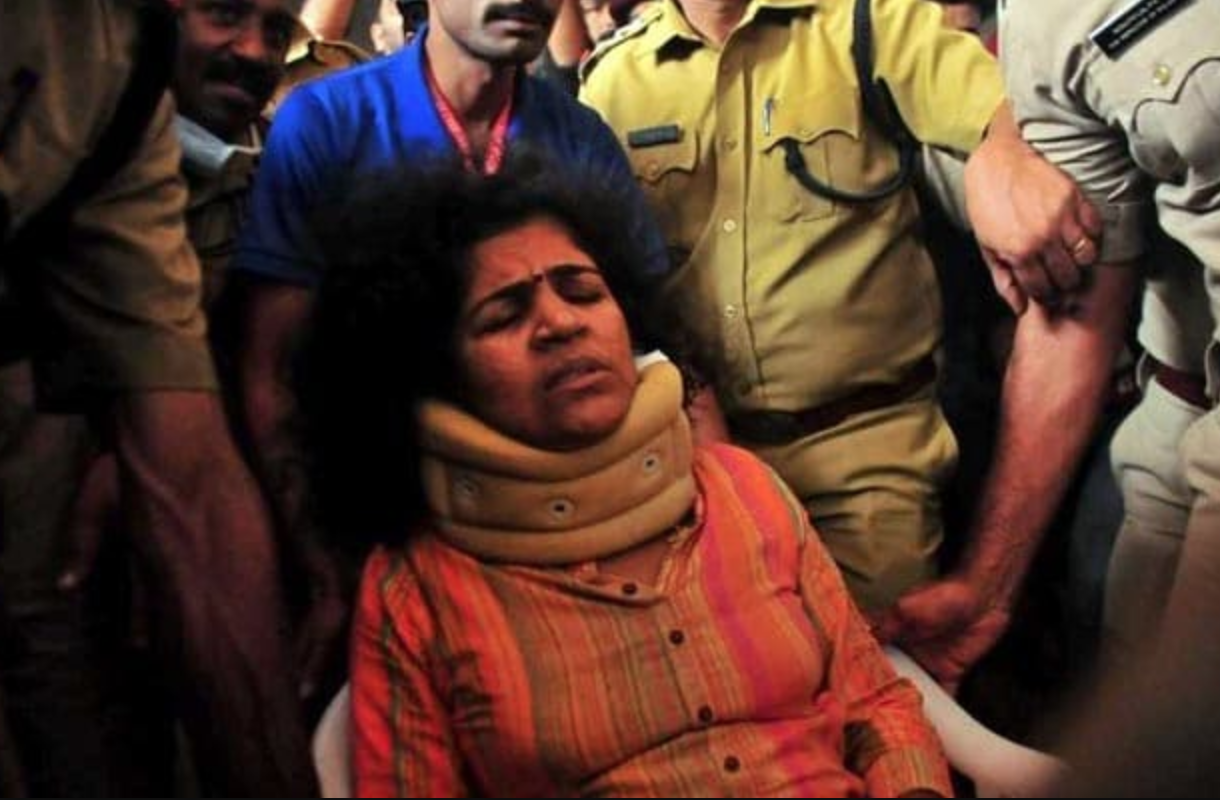 New Delhi: Kanakadurga, one of the two women who entered the Sabrimala Ayyappa temple to offer prayers under police escort, on January 2, filed a complaint, on Tuesday morning, alleging that she was beaten by her husband’s family on returning home.

According to an official, Kanakadurga’s complaint was registered at the Perinthalmanna police station in Kerala’s Malappuram district, in which she alleged that her mother-in-law assaulted her. A case has been registered under Section 341 and Section 324 of the Indian Penal Code.

Earlier, Kanakadurga’s family had claimed that they did not approve of her going to the temple as they were in favour of the traditions and customs.

Kanakagurga and Bindu, who breached traditional gender barriers to offer prayers at the temple in central Kerala, have been moving from one safe house to the other, over last two weeks in order to save themselves from being attacked by right-wing protesters. In fact, Kanakadurga’s family was shifted to a safe place by the police after she entered the temple.

• Government hikes dearness allowance by 3% for central employees, pensioners
• Crackdown on J&K Jamaat-e-Islami, 100 companies of paramilitary forces rushed to state
• Quota in job promotion not mandatory, Supreme court reiterates its 2006 verdict with some modifications
• Farmers march to Delhi with demands, police use force to stop them at border
• ‘We waited too long for Congress’: Akhilesh Yadav livid for being stood up in Madhya Pradesh