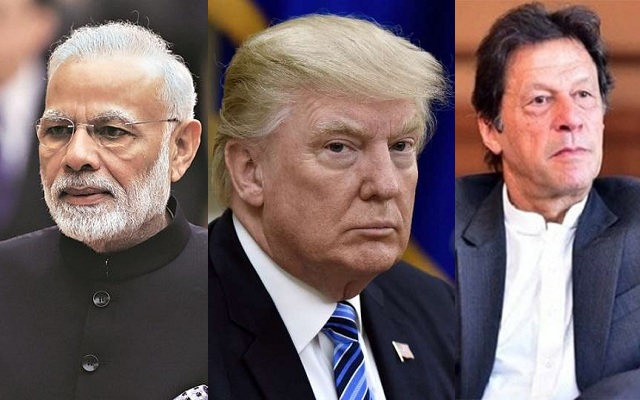 New Delhi: Amid rising India-Pakistan tension following India’s defanging of Article 370 and Article 35A granting special status to Jammu & Kashmir, the US president, Donald Trump, called the prime minister, Narendra Modi, on Monday. During the conversation between the two leaders, it is learned that the prime minister told the US president that the extreme anti-India rhetoric from the Pakistani side, especially from the country’s prime minister, Imran Khan, was not helping New Delhi to be motivated for talks with Islamabad. Later, it was learned that Trump told Khan to cut down on the rhetoric and work towards peace between the two countries.

Government sources, while confirming the telephonic conversation between two leaders, said Trump initiated the call and the exchange between them had been “good”.

A statement issued by the Prime Minister Office said: “In the context of the regional situation, the Prime Minister stated that extreme rhetoric and incitement to anti-India violence by certain leaders in the region was not conducive to peace. He highlighted the importance of creating an environment free from terror and violence and eschewing cross-border terrorism without exception. [Sic]”

The statement has also stated that the conversation was lasted for 30 minutes and the call covered bilateral and regional matters. It said Modi echoed “India’s commitment to cooperate with anyone who followed this path, in fighting poverty, illiteracy and disease” to the US president.

Modi clarified India’s stand for a terror-free atmosphere for any bilateral dialogue between India and Pakistan while speaking to Trump. He also spoke about India’s longstanding and unwavering commitment to work for a united, secure, democratic and truly independent Afghanistan on the occasion of 100 years of the independence of Afghanistan.

The president conveyed the importance of reducing tensions between India and Pakistan and maintaining peace in the region. The two leaders further discussed how they will continue to strengthen United States-India economic ties through increased trade, and they look forward to meeting again soon.”

The statement, however, did not mention about any bilateral talks between India and Pakistan.

Following this, Trump took to Twitter and tweeted that he spoke to his “two good friends” regarding prospects for improved trade ties with Washington and stressing the need to reduce tensions over Kashmir between India and Pakistan.

According to the White House statement, Trump with the conversation with Khan, on Friday, has conveyed him the importance of reducing tension between two countries through bilateral talks considering the situation in Jammu & Kashmir.