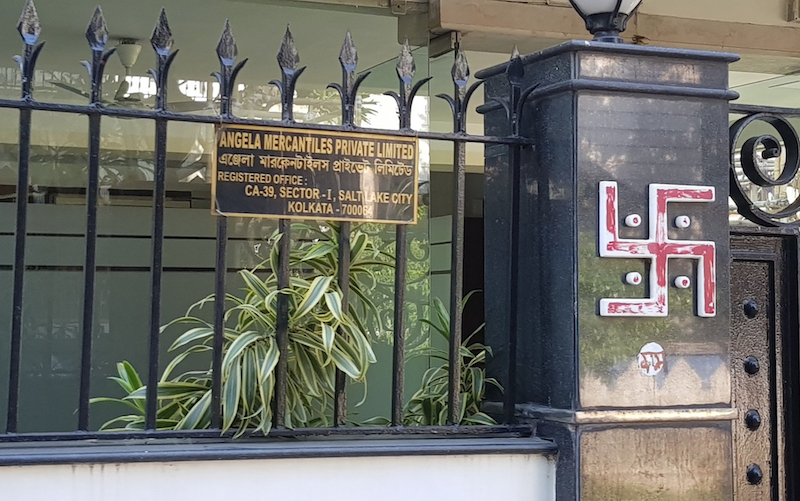 The office of the Angela Merchantiles Private Limited at Salt Lake City.

According to an Indian Express report, a team of around 30 police officers raided the two offices ­– one in the city registered at Dr Rajendra Prasad Sarani and the other in adjoining Salt Lake. The report quoting a senior police officer said, “There have been a series of transactions between the company and Mannem Sandhya. We are looking into the matter.”

According to a Kolkata Police source, the report said, they are trying to establish a case of “unaccounted money” against Rao and his close associates as the documents showing that Sandhya, Rao’s wife, received money as salary from the company, were found.

While defending the financial transactions between his wife and the private firm owned by Praveen Agarwal their family friend, Rao, who is currently the additional director of CBI, said, “I deny the linkage of this firm with my family members as reported by some media outlets today”, and added, “In light of certain reporting appearing in some media outlets, including some TV channels today linking my family members with a company on which Kolkata Police has carried out raids, I want to state that I had already clarified regarding this issue through a signed press statement on 30th October, 2018.”

Rao, in a statement, also said, “Further, complete details of all property of my family and mine have already been submitted in my annual property return submitted to the government which are available on ministry of home affairs’ website.”