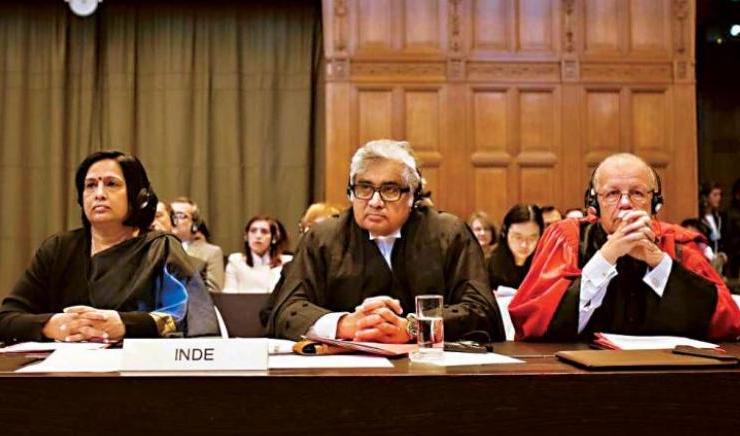 New Delhi: Former solicitor general of India Harish Salve, who is presenting case of Kulbhushan Jadhav before the International Court of Justice, at The Hague, raised objection against Pakistani counsel Khawar Qureshi for using objectionable language during second day of the hearing, on Wednesday.

While protesting to the language used by the Qureshi, Salve said, “The language echoed in this court ... perhaps this court may lay down some red lines. The transcript is peppered with words such as shameless, nonsense, disgraceful ... India takes exception to being addressed in this fashion in an international court. Indian culture prevents me from using similar language. India strongly objects to abusive language of Pakistan's counsel.”

In March 2016, Kulbhushan Jadhav, a retired Indian Navy officer, was kidnapped in Iran, where he was in a business trip, and brought to Pakistan where he was charged with spying and terrorism. Pakistan claims he was arrested in the Pakistani province of Balochistan on charges of terrorism and spying for India’s intelligence agency RAW. A military court in Pakistan had sentenced Jadhav to death, in April 2017, for “spying and carrying out terror activities” inside the country.

The four-day hearing of the Kulbhushan Jadhav case opened on Monday in The Hague at the ICJ headquarters. India had submitted its final argument in the case on Wednesday and Pakistan will submit its argument on Thursday. Both the countries have got maximum 90 minutes to submit its argument. The trial will end with Pakistan’s closing arguments, on Thursday.