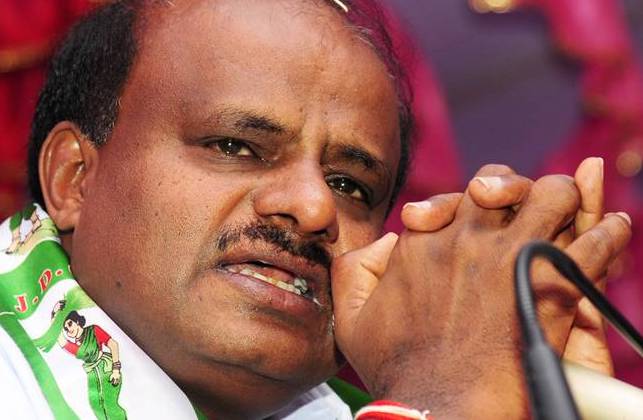 The audio, which was purportedly recorded on Thursday at a circuit house in Devarayanadurga in north Karnataka, was released amid speculation of the Bharatiya Janata Party’s involvement in the absence of seven Congress and one Janata Dal (Secular) MLA from the budget session of the legislature over the past two days.

BJP state president BS Yeddyurappa can be heard telling Sharanagouda Patil to get his 73-year-old father to quit the JD(S), join BJP and move to Mumbai. BJP MLA Shivanagouda Nayak is heard promising the MLA’s son the post of a minister and funds for elections.

Sharanagouda Patil claimed he had recorded the conversation with Yeddyurappa and handed them to Kumaraswamy and added, “I was concerned by their efforts to topple the pro-farmer government.”

Kumaraswamy said, “They promised Rs 25 crore for the MLA and election funds.”

As a response, Yeddyurappa dismissed the audio and said, “It is a fake audio, I have not met anyone, it is a creation of the government to cover the misdeeds of the coalition. Kumaraswamy is an expert in voice recording and his statements are baseless.”