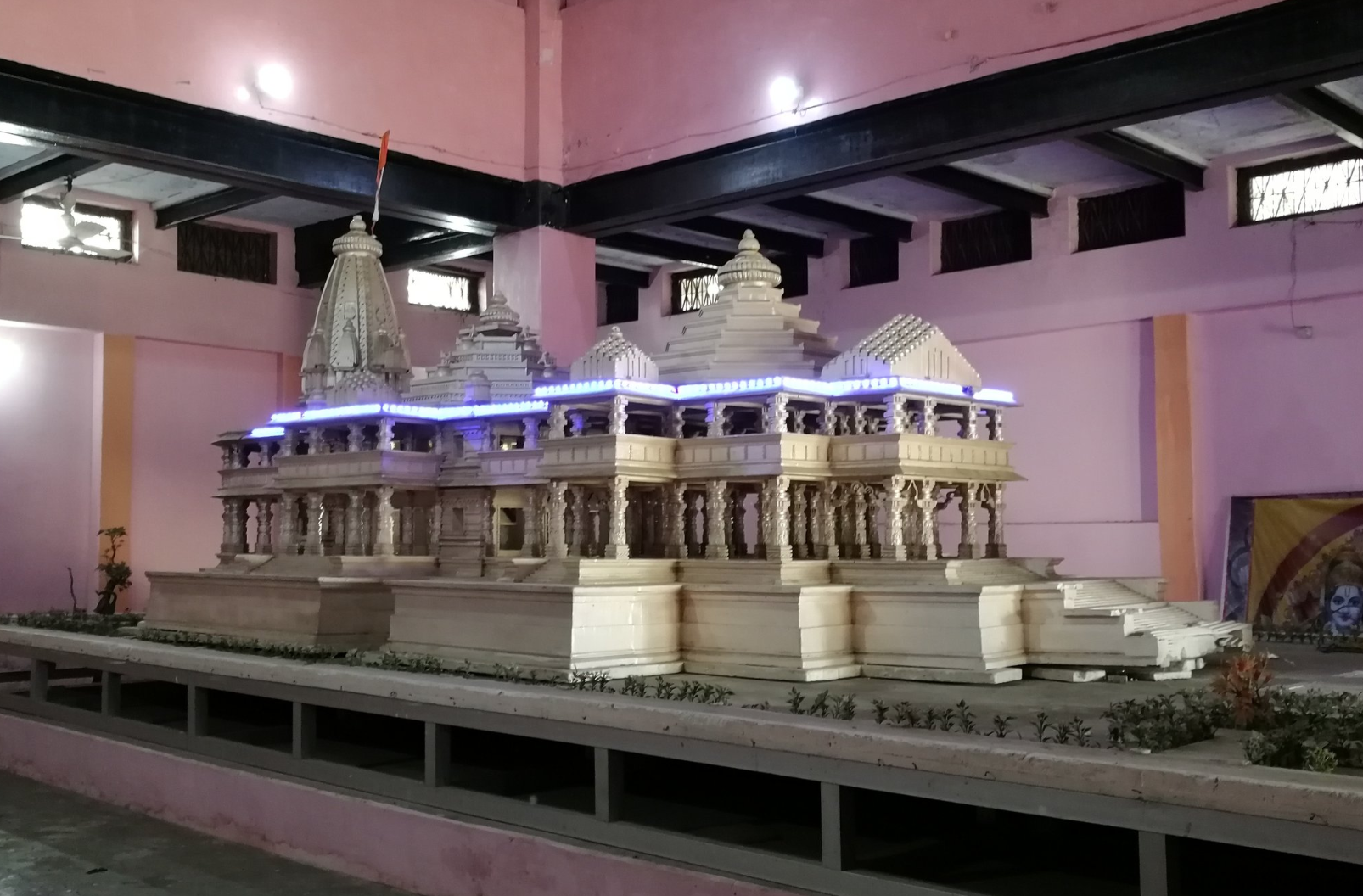 The model of the “proposed” Ram temple in the Karsevakpuram workshop. (Photo: Twitter/@anuradhagoyal)

New Delhi: A Ram Janmabhomi Nyas-run workshop in Ayodhya’s Karsevakpuram is awaiting the Supreme Court’s verdict as 50 per cent of stone-carving work for building a Ram temple is completed. According to a report in Times of India, the blocks of carved stones that are stacked in the workshop are ready to move and it is estimated to build first floor of the temple.

According to the report, Annu Bhai Sompura, in charge of the workshop, while commenting on the carving work said, “Fifty per cent of carving work of stones has been completed, which means the first floor is ready. We are hopeful of getting a favourable judgment from the Supreme Court in the Ayodhya title suit, and once we get the green signal, the work on laying foundation would begin.”

"Each floor would have 106 pillars, and each pillar would have 16 statues. So, artisans have completed carving work on these,” he said.

However, the progress of the carving work has been slowed down due to scarcity of artisans, craftsmen and funds too. According to Sompura, number of labourers have moved out to find other works. Only two craftsmen and a couple of labourers are currently working in the workshop, he confirmed.

Sompura has also revealed that the supply of funds to carry out the carving work has also shrunk. “Voluntary donations from devotees are helping in the prefabrication of a temple,” he claimed.

The workshop runs from morning seven to five in the evening each day except on days of amawasya (new moon). The workshop, which also exhibits a wooden model of a “proposed” Ram temple, attracts large number of devotees and inquisitive people.

While denying any election gimmick, Sharad Sharma, the Vishwa Hindu Parishad Uttar Pradesh spokesman said, “We seek to build the temple at the earliest within the framework of the Constitution or through legislation. It was a long-standing issue which has nothing to do with elections.”

The Supreme Court has scheduled the hearing of the Ayodhya land-dispute case in January next year. Around 14 appeals have been filed against the Allahabad high court’s 2010 verdict that pronounced the disputed land of 2.77 acre to be divided among the Sunni Waqf Board, the Nirmohi Akhara and Ram Lalla.