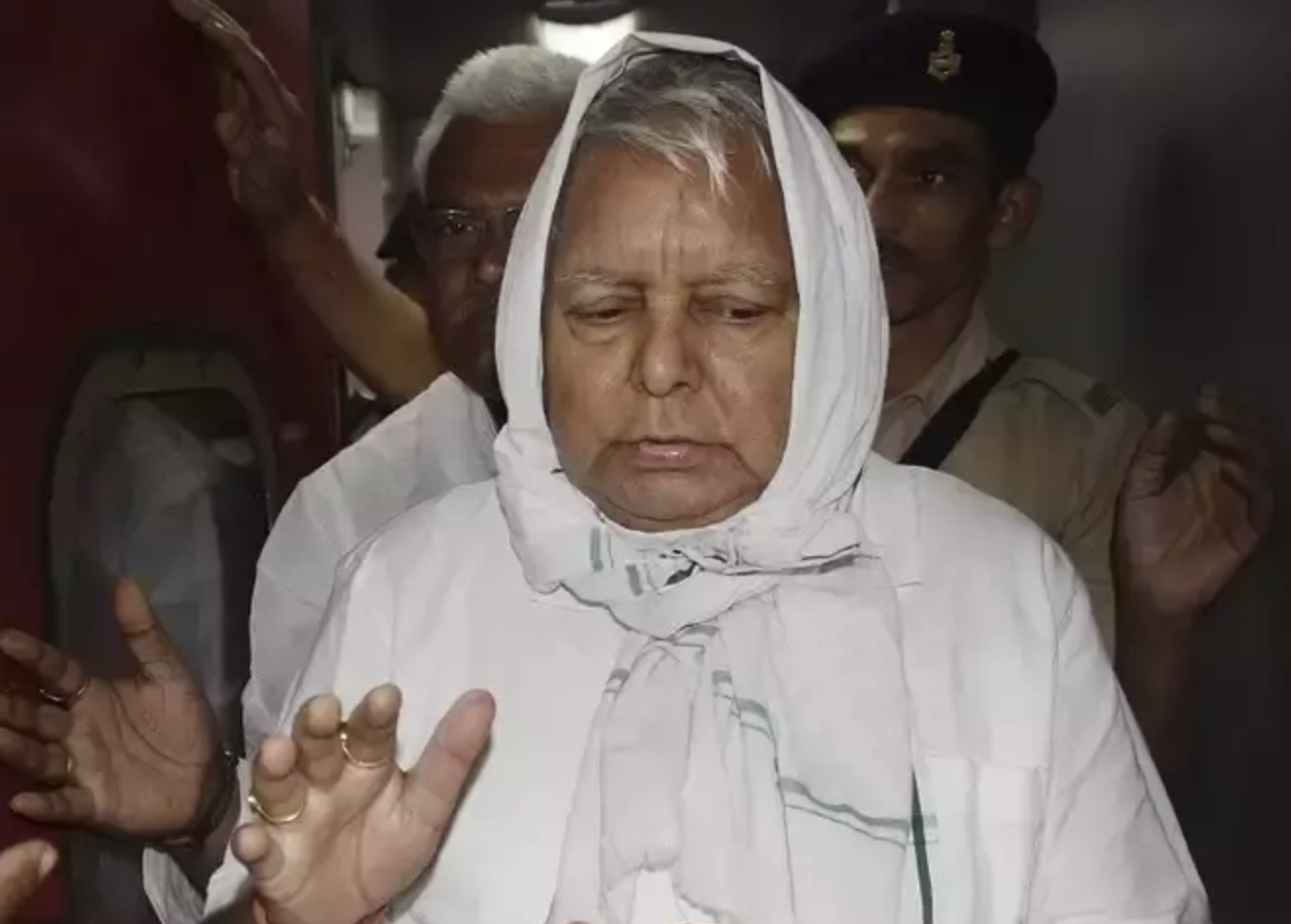 New Delhi: Rashtriya Janata Dal chief Lalu Prasad has been granted interim bail until January 19 by a Delhi court, on Thursday, in the IRCTC scam case. The Central Bureau of Investigation and the Enforcement Directorate has charged Prasad in this case.

Yadav was produced before the court through video conference from Ranchi jail as he was unable to present before the court due to his health issues. Special judge Arun Bharadwaj has granted bail to Yadav.

The charges against Prasad in the IRCTC scam include cheating, corruption and criminal conspiracy. The scam pertains to the alleged favouring of a private firm in granting operational contracts of two IRCTC hotels.

According to the chargesheet, between 2004 to 2014, the BNR hotels of the Indian Railways were first transferred to IRCTC and later it was given to Sujata Hotel Private Limited, which is based in Patna, for its operations, maintenance and up-keeping. The tender process was allegedly manipulated and rigged in granting operational contract to Sujata hotel.

The FIR filed by the CBI read that the-then railway minster, Lalu Prasad, entered into criminal conspiracy with the owner of Sujata hotels, Sarla Gupta, the wife of his close associate Prem Chand Gupta, a Rashtriya Janata Dal member of Parliament in the Rajya Sabha, and IRCTC officials for “undue pecuniary advantage of himself and others”.

The other names in the chargesheet filed by the CBI include Prasad’s wife Rabri Devi, son Tejaswi Yadav and additional member of the railway board BK Agarwal, who was the group general manager of the IRCTC at the time of scam.

The court has asked the CBI and ED to file their replies on granting regular bail to Prasad in both the cases.