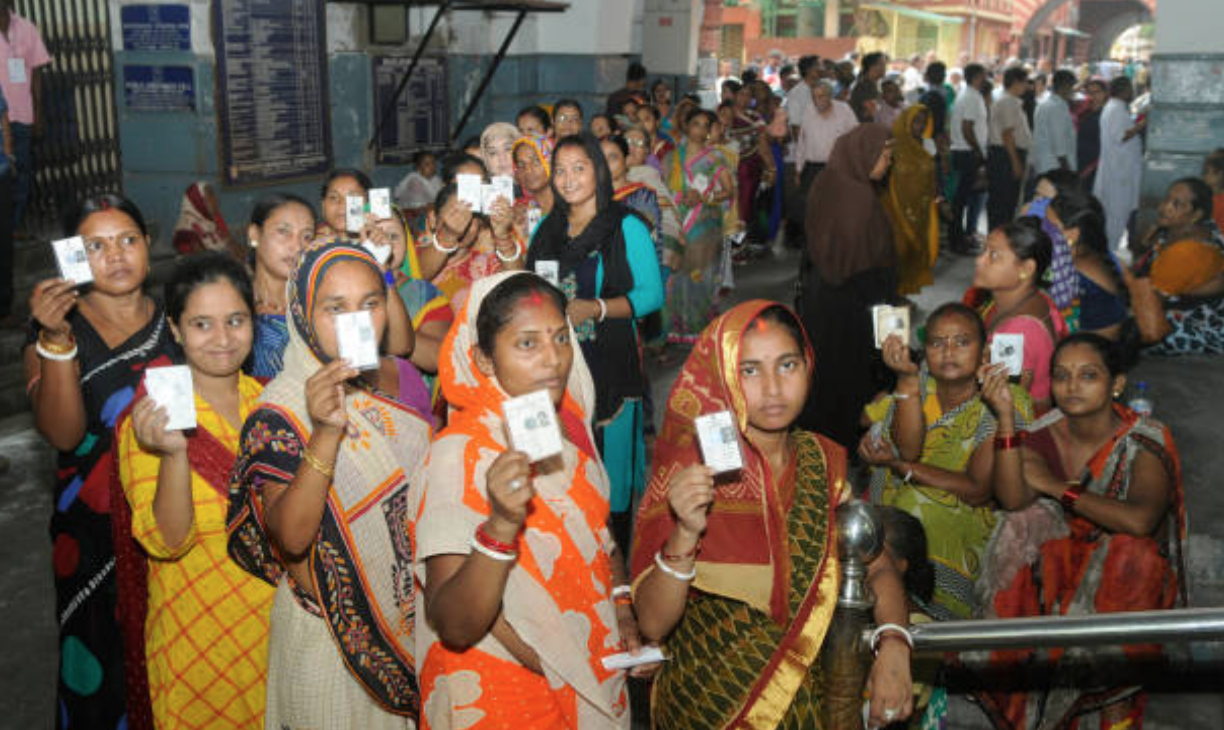 Women showing their voter IDs outside a polling booth in Kolkata.

New Delhi: Voting for the seventh phase of the Lok Sabha election concluded, on Sunday, covering 59 constituencies spread across eight states. This phase saw 62.87 per cent of eligible voters exercising their franchise, according to the Election Commission’s official Voter Turnout app at 11pm. This figure is likely to change as data is still coming in.

With the conclusion of the seventh phase, polling has ended in 542 Lok Sabha seats.

The Phase 7 of the general election, yet again witnessed several incidents of violence in West Bengal. Some groups threw crude bombs during bypoll in Bengal's Bhatpara constituency. To control the clashes between the two parties – Trinamool Congress and Bharatiya Janata Party - police used batons. However, two BJP candidates from Kolkata and one from Diamond Harbour claimed that they were attacked.

Meanwhile, Trinamool blames the BJP for the violence and accused Central forces of “taking orders from the saffron party, mercilessly beating up citizens and Trinamool workers”.

Mamata Banerjee said, “The torture that BJP workers and central forces have carried out today since the morning, is unprecedented. I have never seen anything like this before.”

While calling for the presence of central forces in Bengal till the counting of votes gets over, Union minister Nirmala Sitharaman said, “We fear the TMC will carry out a concerted and synchronised round of violence post-election and that's why central forces must remain there. The TMC has been persistent with their ideology of violence.”

In Varanasi, Congress’s Ajay Rai and SP-BSP alliance candidate Shalini Yadav were up against Prime Minister Narendra Modi. On the other hand, in Punjab chief minister Amarinder Singh has asked his party workers to deliver all 13 seats to the party.

The polling concluded in 13 seats each in Uttar Pradesh and Punjab, nine in West Bengal, eight each Bihar and Madhya Pradesh, four in Himachal Pradesh, three in Jharkhand and one in Chandigarh.

An average of 66.88 per cent voters exercised their franchise in the last six phases. The counting of votes will be held on May 23.

Among the big names who were in fray in Phase 7 were: