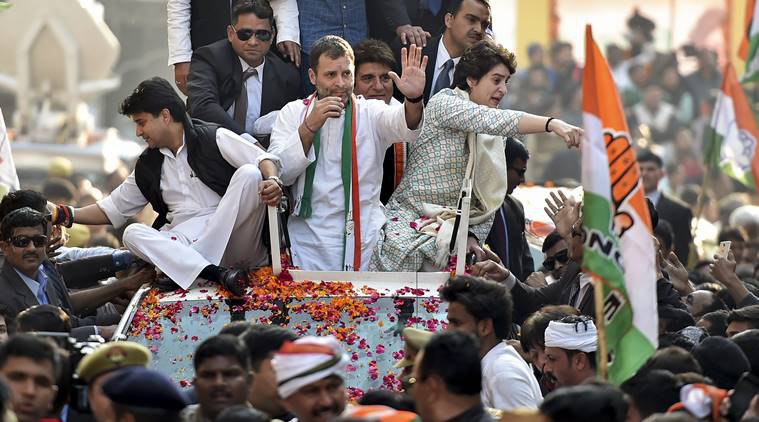 New Delhi: Congress president Rahul Gandhi officially announced Priyanka Gandhi Vadra as the in charge of 41 Lok Sabha constituencies in eastern Uttar Pradesh and Jyotiraditya Scindia was made in charge of 39 constituencies in western UP. An official announcement in a press release stating the same was signed by Congress MP KC Venugopal, on Tuesday.

The Congress chief had earlier made the announcement in Priyanka’s 25-km roadshow in Lucknow, on Monday and had said the main agenda for Priyanka and Jyotiraditya is to set an example on why Congress should be chosen to form the government in UP.

He had said, “I have put Priyanka and Jyotiraditya in charge here so we can show you how Congress can form the government in Uttar Pradesh.”

Gandhi addressed crowds at the roadshow at various stops and attacked the Centre over issues of Rafale, corruption, youth unemployment and farmers’ distress. He also added that he respects Mayawati and Akhilesh but the party “will fight with best efforts to change the politics in the state and fulfil the dreams of the youth in UP.”

Rahul Gandhi also suggested Priyanka and Scindia to work with ground-level party workers and place the baton in their hands while bringing them to the forefront.