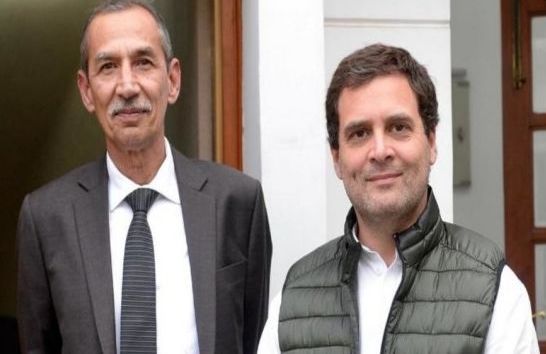 New Delhi: Lieutenant General Deependra Singh Hooda (retired), who oversaw the cross-border “surgical strikes” in September 2016 as the Northern Army Command chief, will chair a task force on national security and prepare a vision document for the Congress, ahead of the Lok Sabha election. Congress president Rahul Gandhi met Gen Hooda to institute the task force, on Thursday.

This comes days after the deadly suicide attack in Jammu & Kashmir’s Pulwama, which left over 40 CRPF personnel dead.

Hooda, in a conversation with media, said, “I have no plans of joining the Congress or contesting elections. The Congress asked me if I could prepare a broad vision document on national security with the tasks and challenges ahead. I agreed because it is something I would like to do … It falls within my expertise.”

The former Army commander added, “The task-force will include some from the armed forces, diplomats for external security and police experts who have dealt with the Maoist insurgency. I am hopeful the vision paper will start a debate on what India’s national security strategy should be for the next 5-10 years.”

Hooda, who had a reputation of being a no-nonsense professional soldier, believes India needs to seriously think about using military options after Pulwama terror attack.

The party is still unclear whether the document will be presented separately or as a part of Congress’s election manifesto.