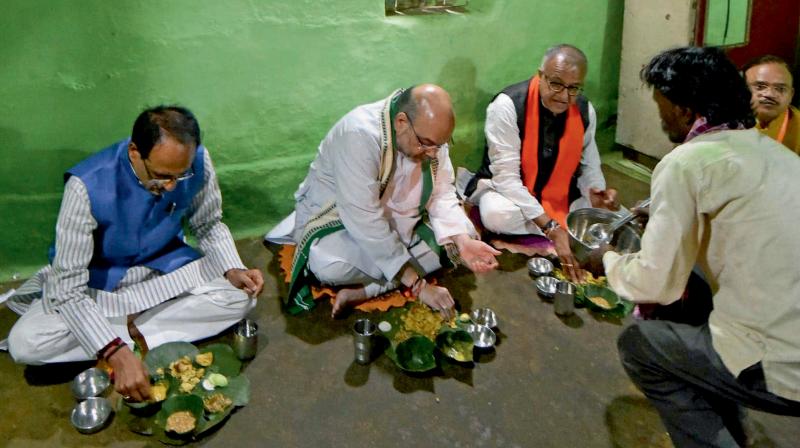 New Delhi: There have been speculations for a while among BJP politicians in Delhi that the party is rapidly losing support among its tribal vote bank in poll-bound Madhya Pradesh. When party president Amit Shah chose to hold the meeting of the state poll panel in the tribal heartland of Jabalpur, it more or less confirmed the party’s concern about the issue.

News 18 reported quoting a BJP leader privy to the meeting, but didn’t want to be named, said Shah showed his concerns over the diminishing tribal support and sought to highlight issues that can be taken up to the national level ahead of the assembly election.

Apart from this, Shivraj Singh Chouhan, the state’s chief minister, has been on a sop-giving spree to the tribals. Recently, he was seen in big functions where he distributed incentives for tendu-leaf collectors, distributing clothes and footwear for women, etc. He has also ordered compilation of records of labourers from unorganized sectors.

In April, Prime Minister Narendra Modi praised the contribution of ethic population in country’s population while speaking at a public meet in the state’s tribal-dominated Mandla district.