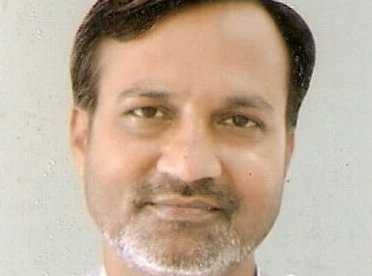 LJD’s Govind Yadav had been leading the anti-BJP alliance talks in Madhya Pradesh.

New Delhi: The Samajwadi Party along with six opposition parties promised to form an alliance with the Congress against the ruling Bharatiya Janata Party in the poll-bound Madhya Pradesh, on Sunday.  However, the Left parties ­– Communist Party of India and Communist Party of India (Marxist) – expressed their unwillingness to join an alliance with the Congress.

Loktantrik Janata Dal (LJD) leader Govind Yadav, whose party has been leading the alliance talks, said the eight parties who met on Sunday, which included the CPI and CPM, might meet again on October 7 to arrive at an agreement and take the coalition talks ahead.

Earlier this year, representatives of LJD, CPI, SP, Marxist, Bahujan Sangharsh Dal, Rashtriya Samanta Dal, Prajatantrik Samadhan Party, and Gondwana Gantantra Party discussed the possibility of forming an anti-BJP “mahagathbandhan” (grand alliance) with the Congress for the assembly election in the state, which is likely to be held in January 2019.

Talking to reporters, Yadav said all parties have agreed to join hands, but CPI and CPM has disagreed to align with Congress. He insisted that the Congress, being the main opposition party, must take the lead in forming this alliance to dislodge the BJP from power in the state.

The CPM’s main contention against the Congress is that the latter’s new “Hindutva” image. The party’s leader in the state, Jaswinder Singh, said that Congress was promoting “soft Hindutva”.

He said the Left parties were not in favor of communalism despite being “very keen” to form a grand alliance to defeat the BJP, but it should not be led by the Congress.

He said he does not see any kind of difference between the BJP and the Congress as “the Congress is pursuing a soft Hindutva agenda while the BJP is pushing hard Hindutva.”

The Congress is trying very hard for a political revival in Madhya Pradesh and is seeking to form alliance with opposition parties. However, it got a jolt in its efforts recently when Mayawati’s Bahujan Samaj Party dashed its hopes by unilaterally announcing its first list of 22 candidates, on September 20.