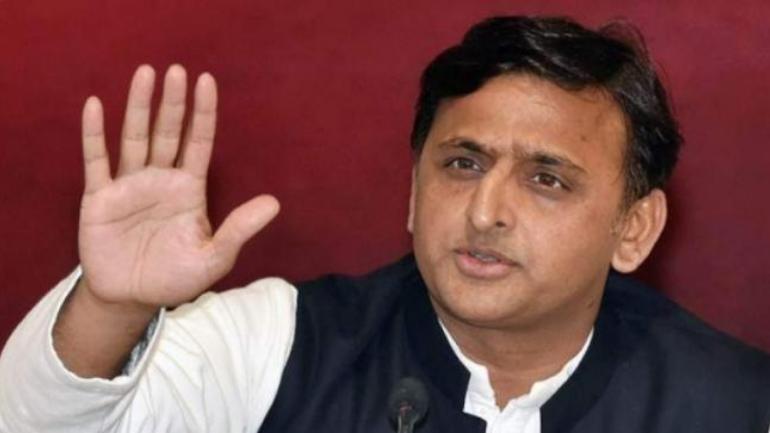 New Delhi: The president of Samajwadi Party Akhilesh Yadav blamed Congress, on Saturday, for failing to go into a pre-poll arrangement in Madhya Pradesh with his party. He further said the Congress was in no mood for an alliance and remained non-committal in Madhya Pradesh, which forced Mayawati’s Bahujan Samaj Party and other parties to go all alone this assembly election.

Earlier, the BSP supremo, Mayawati, blamed the Congress for the failure of talks to form an anti-BJP alliance in Madhya Pradesh.

Akhilesh Yadav said that Samajwadi Party will come at the mutual understanding with the BSP for the Madhya Pradesh assembly election. Samajwadi Party has a tie-up with Gondwana Gantantra Party in the state.

Akhilesh Yadav, on Wednesday, requested the Congress to show nobility. He said any delay in the seat-sharing talks may prompt few more parties declaring their candidates for the election.

Saying that the Congress has left no option but made him “wait for too long”, Yadav, while indicating that he may hold talks with Mayawati, also announced the list of the Samajwadi Party’s six candidates for Madhya Pradesh.

The electoral understanding of Akhilesh Yadav and Mayawati had led shock defeats for the BJP in the series of byelections earlier this year in Uttar Pradesh, which includes the prestigious Lok Sabha seats of Gorakhpur and Phulpur, which were held by UP chief minister Yogi Adityanath and his deputy his deputy Keshav Prasad Maurya respectively. Madhya Pradesh has substantial population of dalits and if the SP-BSP alliance materializes, it will likely to eat into a major chunk of BJP votes.

Congress state leaders have said Mayawati’s “irrational” demands had led to the collapse of alliance talks. They believe that the seat-sharing arrangement demanded by Mayawati was going to benefit the BJP. Senior Congress leader Digvijaya Singh also said Mayawati is not signing any deal with Congress as well to keep off the pressure of investigations into the corruption cases going on against her.