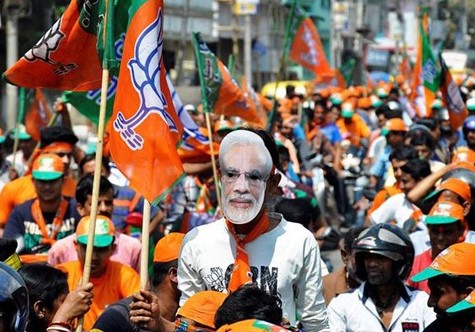 The manifesto promises 50 per cent reservation for women in government departments, creation of 10 lakh jobs per year and proportionate bonus to farmers owning up to five acres of farmland. The manifesto also assures distribution of loans of Rs 40,000 crore among farmers, promotion of food processing and expansion of irrigation area to 80 lakh hectares in the next five years.

The manifesto also promises to enhance enrolment capacity of women in educational institutions, installation of sanitary napkin vending machines in schools and colleges and a scooty for every girl that scores above 75 per cent marks in Class XII board examination.

The manifesto also promises to bring investments of up to Rs 5 lakh crore in the state in next five years along with other promises, which includes doorstep delivery of government services and piped water to 10 lakh houses.

The opposition party Congress has already released its manifesto titled “Vachan Patra” promising waive off farmers’ loan and reduction of electricity bill of farmers by 50 per cent if voted to power.

Madhya Pradesh will go to the polls on November 28 and results will be declared on December 11.