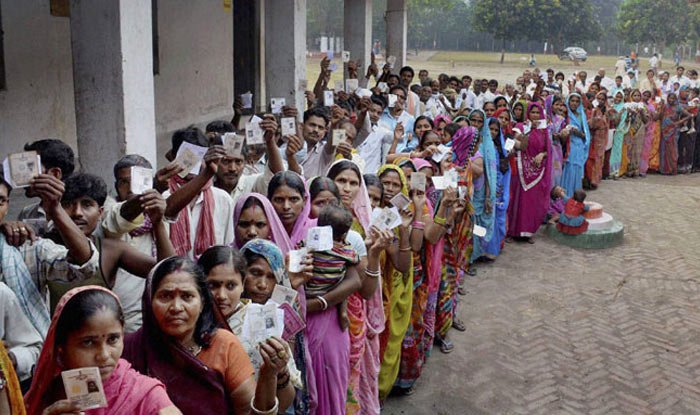 Voters in a queue outside a polling booth in Madhya Pradesh.

Bhopal: Madhya Pradesh, on Wednesday, has registered 74.85 per cent voter turnout for the assembly election. Around 75.72 per cent male and 73.86 per cent female voters have exercised their franchise out of total 5.04 crore of eligible voters in the state.

State Congress chief Kamal Nath has expressed his confidence over his party’s victory in the state and end the Bharatiya Janata Party’s 15-year rule.

“Aaj ke chunaav ki khaasiyat ye hai ki do cheezein shanti se nipat gayi, ek to chunaav aur doosra BJP (The best thing about today’s elections is that two things have ended peacefully – one is the polling itself and the other is BJP),” he said.

Earlier, he had predicted victory of Congress over 140 seats in the 227-member assembly. “I had said that we will win more than 140 seats but after today’s voting and with all the information coming in, there is a possibility of a very surprising result,” he added.

Complaints of malfunctioning electronic voting machines (EVMs) and voter-verifiable paper audit trail (VVVPAT) machines were reported during polling. Kamal Nath, while demanding repolling at the booths with faulty EVMs, said, “We’ve demanded that repolling be done at all those polling booths where voting process was halted for three hours or more because voters do not come back as everybody has some work. Merely saying that polling will be extended till 9 o’clock or 10 o’clock is not right.”

The Election Commission is yet to take any decision in this case.

Around 2,899 candidates, including 1,094 independents are contesting or 230 seats in the state. The results will be declared on December 11.