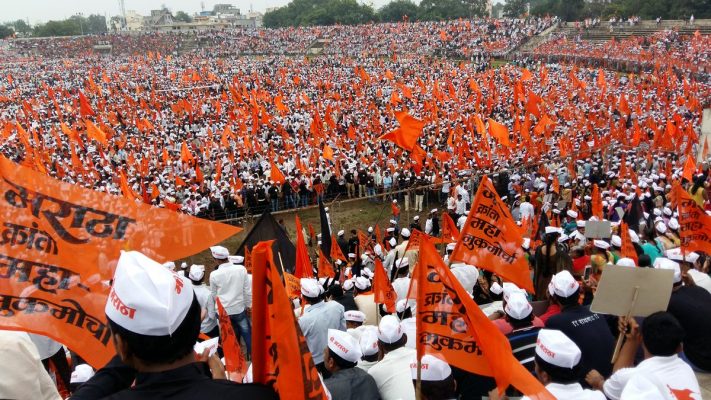 New Delhi: The Maharashtra government, on Sunday, has approved the recommendations submitted by the State Backward Class Commission to grant the maratha community in the state reservation under newly created “socially and educationally backward class”.

Maharashtra chief minister Devendra Fadnavis has announced that the marathas will be granted reservation under SEBC category and the percentage of the reservation will be decided by a sub-committee.

Fadnavis said, “Three major recommendations made by the commission were that the maratha community fits into the socially and educationally backward class. Second is that they should be given reservation. Third being that it's an extraordinary and exceptional situation hence existing quotas will not be touched. We have accepted the recommendations. A sub-committee has been formed to implement this policy. There is no need for this report to be approved by Central Backward Class Commission.”

The bill related to reservation for marathas will likely to be tabled during winter session of the legislative assembly.

The Maharashtra State Backward Class Commission (MSBCC) had submitted its report detailing the social and economic conditions of the marathas and had also recommended the reservation for the community.

Earlier, the government had hinted at the announcement of reservation for the maratha community and assured that the statutory formalities will be completed within 15 days.

The maratha community constitutes 30 per cent of total population of the state. The community was demanding reservation in government jobs and educational institutions since last year. Earlier, the community had chosen silent marches to protest against the government. However, the protests had turned violent including suicides by few agitators for demand of reservation.