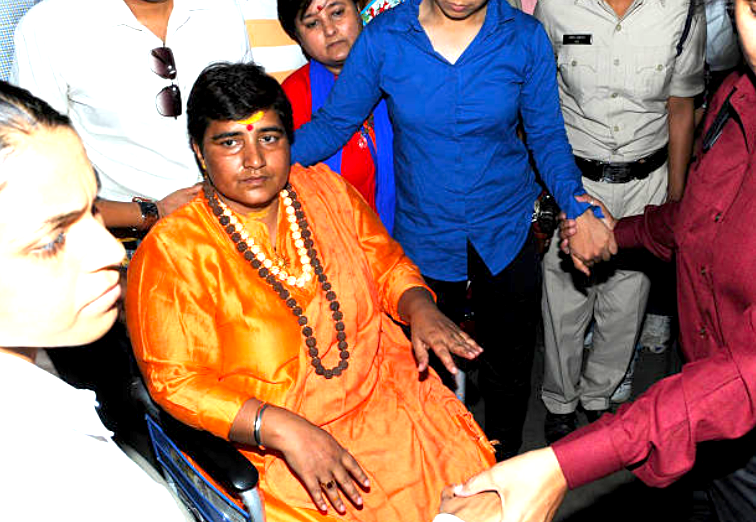 New Delhi: Sadhvi Pragya Singh Thakur, one of the 2008 Malegaon blast prime accused, on Wednesday, joined the BJP after a meeting with senior BJP leader Shivraj Singh Chouhan in Bhopal. She will be pitted against senior Congress leader Digvijaya Singh from Bhopal Lok Sabha constituency. In the 2008 Malegaon blast, 10 people were killed and over 100 were injured.

Although Thakur, who wears saffron clothes, is out on bail in the case at present, she hasn’t been discharged by the special National Investigation Agency court, which is hearing the case.

Following the development, Thakur, talking to reporters, said, “I have formally joined the Bharatiya Janata Party … I will contest elections and will also win.”

Bhopal is considered to be as BJP’s stronghold in Madhya Pradesh for the last 30 years. The Congress has not tasted victory there since 1989.

Reportedly 10 people died and 101 were injured when an improvised explosive device strapped on a motorcycle went off at Malegaon on September 29, 2008. The motorcycle was traced back to Thakur and she was charged under various sections of the IPC and Maharashtra Control of Organized Crime Act. Thakur had been arrested in 2008 in connection with the case. She has been in continuous custody since her arrest for nine years.

However, in December 2017, the NIA court had dropped the stringent MCOCA charges against her and the other accused, which included, Lieutenant Colonel Srikant Purohit, Sameer Kulkarni and other accused in the blast case.