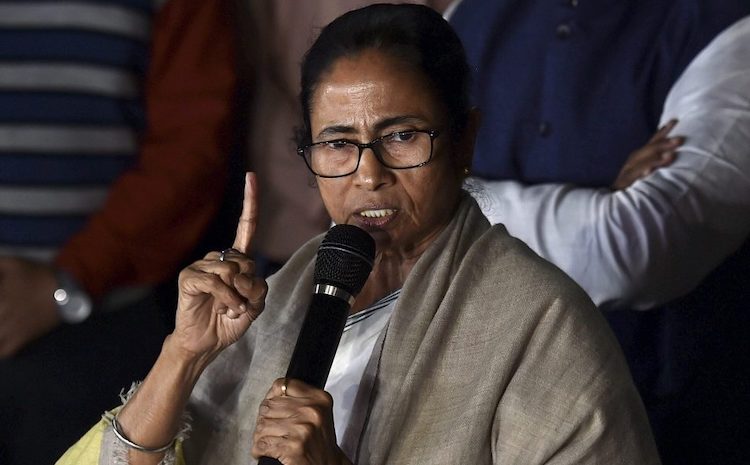 New Delhi: A team of eight CBI officers, on Sunday evening, were stopped from entering the residence of Kolkata Police commissioner Rajeev Kumar when they had gone to question him in connection with the Saradha and Rose Valley chit-fund scam cases. Kolkata Police personnel forcefully took away some of the CBI officers to the nearby Shakespeare Sarani police station, triggering a clash between the Narendra Modi government and the West Bengal chief minister Mamata Banerjee.

The Central Bureau of Investigation’s push to question the Kolkata Police commissioner, Rajeev Kumar, was aimed at finding the “crucial evidence” linked to the chit fund scams.

CBI sources have claimed that some crucial evidence collected by the special investigation team working on the case was destroyed. Evidence including a laptop, five cellphones and documents, and a diary purportedly of Saradha Group promoter Sudipta Sen, was not handed over to the CBI.

Mamata Banerjee, sensing a political windfall from the CBI operation, first went to the police commissioner’s residence where she accused the Centre of trying to stage a “constitutional coup” in Bengal and claimed that this was done by the Narendra Modi government deliberately, after which she drove to the heart of the city to start a dharna against the Centre’s “super emergency”, on Sunday evening.

Banerjee, while talking to the media, said, “I am deeply anguished ... The way (Narendra) Modi and (BJP president Amit) Shah are trying to take control of Bengal are unprecedented ... they (the CBI) did not come with any document. If you have a search warrant, if you have documents, you can come, but they have none [sic].”

However, the CBI has claimed that they have tried to question Rajeev Kumar several times, but he refused to meet and did not even take calls. Pankaj Srivastava, the agency joint director who looks after its operations in the east of the country, said, “Our team visited his home this evening to question him. Had he not cooperated, we could have thought of our next course of action.” When asked whether the CBI team had all the necessary documents to interrogate Kumar, he stated that they didn’t need any as they had been conducting the probe under the Supreme Court’s orders.

Tushar Mehta, the solicitor general of India, urged the chief justice of India to investigate the matter. He said this was a “very unprecedented issue”.

The Supreme Court has agreed to hear the plea on Tuesday morning.