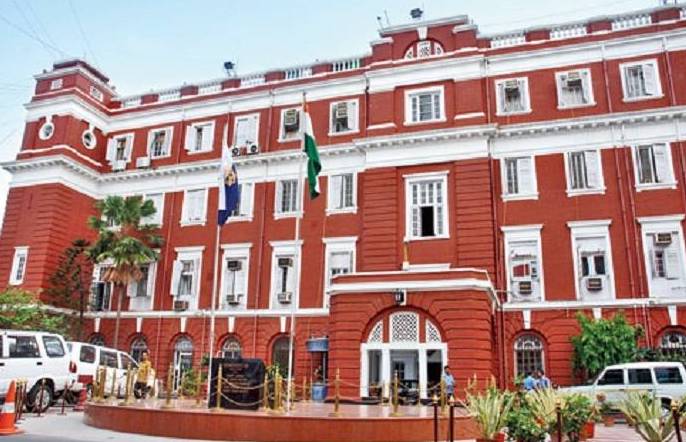 The Kolkata Police headquarters at Lalbazar.

New Delhi: After the “Didi vs Centre” row, the Mamata Banerjee government in West Bengal has asked the state police now has been asked to hasten up and complete investigations of some certain sensitive cases where political leaders from opposition parties are involved, according to a TOI report. The “opposition” here is seemed to be the Bharatiya Janata Party.

In line with the state government’s unwritten order, the Jorasanko Police summoned a former organizational secretary of the BJP to examine his alleged role in an LPG dealership scam.

Though Lalbazar, the Kolkata Police headquarters, has refused to confirm if the leader was questioned, on Wednesday. BJP state leadership too refused to issue any statement on whether any notice has been issued to any of their leaders.

According to reports, the latest development emerged from the Lalbazar instructing the central division to speed up its probe in the LPG dealership scam that had surfaced around eight months ago allegedly involving a few local BJP leaders. Former BJP leader, Ranjeet Majumdar, was arrested in this case in last September.

The LPG scam investigation hinges on all the “influential people” who allegedly helped the accused run the scam. Majumdar is accused of duping several party sympathizers on the promise of providing LPG dealerships under a Union government scheme. A special investigation team has been investigating the case for the past six months after receiving a complaint against him.

Sources claimed that top CID officers too have been instructed to “closely monitor” the final phase of investigations into the Jalpaiguri child-trafficking case, where the BJP women’s wing general secretary, Juhi Chowdhury, is an accused. And another senior state BJP leader, who received a breather after Calcutta high court stayed proceedings against him, was arrested on January 14 on charges of receiving money from some youths with promises to provide them teaching jobs.

The BJP though is claiming that their leaders are being implicated because they have been demanding a fair probe in the chit-fund scam cases.