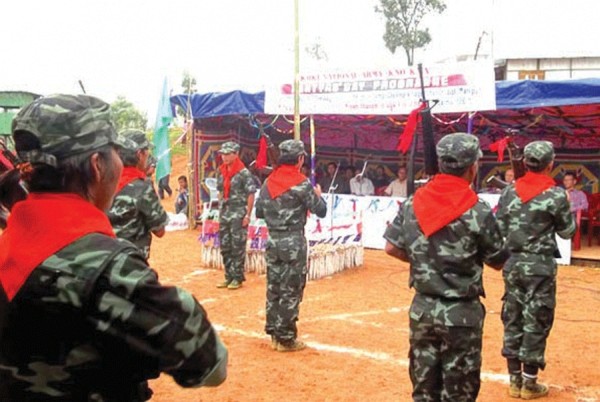 New Delhi: The Kuki National Army, one of the most active insurgent groups in the northeast, has recently issued a diktat at a gathering in D Muannaphai village in Manipur’s Moreh to ensure that 90 per cent votes are cast for the Bharatiya Janata Party in the Lok Sabha election. The group warned the villagers that failing to do so would invite punishment.

The commander of the KNA, Thangboi Haokip, has also warned the village chiefs that if required violence will be used against them. He warned, “Whether men or women, nobody will be speared if they the diktat is not followed.”

Haokip claims that that he has informed the village chiefs that he needed free movement at the day of polling and his group  will check the poll percentages at the polling stations in the village.

Meanwhile, two other insurgent groups, the Zomi Re-unification Organzation (ZRO) and Kuki National Organization (KNO) have requested the BJP to give ticket for HS Benjamin Mate who is the vice-president of BJP’s Manipur unit.

KNA, born out of the Kuki National Organization, has estimated manpower of 600 cadres and possess modern weapons and 60mm mortars. The objective of KNA is to unite all the Kuki-inhabited areas, that are separated by the artificial boundry in Manipur, under one administrative unit called “Zalengam”.