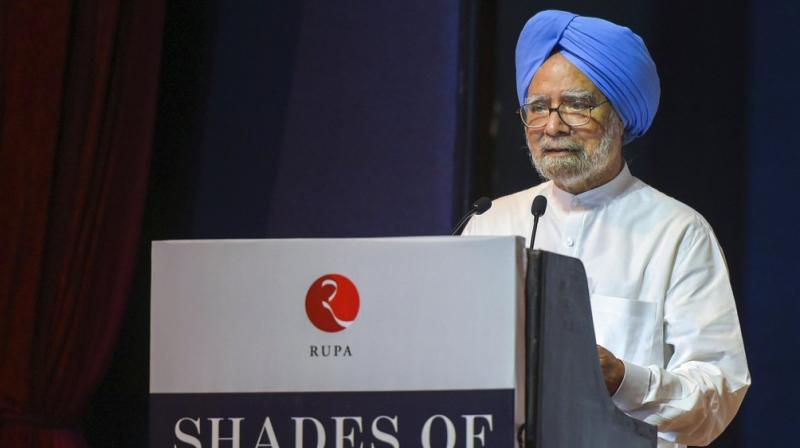 At the launch of Congress leader Kapil Sibal’s book, “Shades of Truth — A Journey Derailed”, Singh, in a speech, said, “The Modi government has not constructively dealt with the agrarian crisis facing the nation and the indication of the effect is that every now and then in state capitals and the national capital, farmers die in protest. Farmers are still not assured of receiving the remunerative prices of their produce.”

Meanwhile, Singh referred Sibal’s book as a complete analysis of the functioning of the Modi government in the past four years and said, “It highlights the failure of this government to fulfill important promises made to the people on the eve of 2014 Lok Sabha elections.”

Further, Singh referred to the Modi’s 2014 promise of 20 million jobs and stated about the “down drift” in the employment growth rate in the last four years. Referring to the BJP government, Singh said that programmes like “Make in India” and “Stand Up India” are yet to make a meaningful impact on the growth of industrial production.

Singh continued to assail Modi and took a swipe on his 2014 poll promises. He said nothing conclusive and concrete was done by Modi to bring back black money which are stored in foreign tax havens.

“Women, dalits and minorities are increasingly living in an environment of insecurity. The Modi government has slowly but surely undermined the values that any democratic party, any democratic polity should fiercely protect,” said Singh.

He also criticized the Modi government on its foreign policy and said, “Our relations with neighbours have deteriorated in last four years.”

In his speech, the former prime minister also alleged that the Modi government has failed to address issues relating to “creative use of science and technology”.