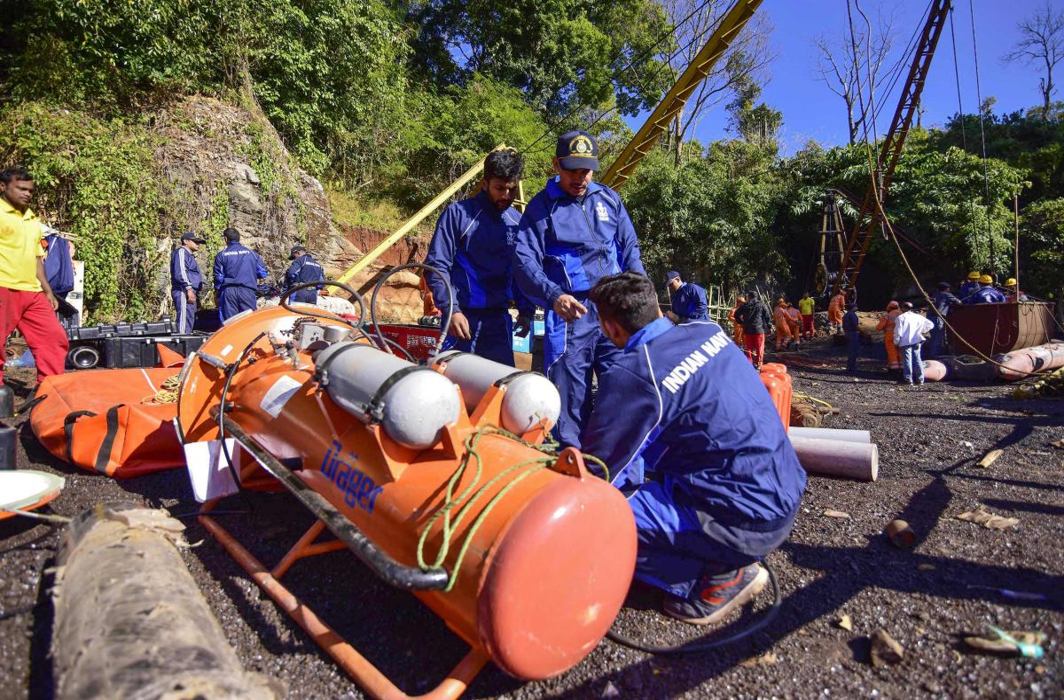 Indian Navy personnel at the site of the mine disaster in Meghalaya.

New Delhi: Amid escalated tension between India and Pakistan, Indian Navy and Army personnel occupied in rescue operations at the collapsed rat-hole mine in Meghalaya were called back on Friday, according to the officials.

Rescue operations have been in progress since December 13 when at least 15 workers were trapped and feared dead inside the mine in Ksan area. A 15-member Navy team was flown in from Visakhapatnam to assist the National Disaster Response Force on December 29, which further called a team of Army in late January to provide “administrative support” for “efficient, smooth and round-the-clock operations”.

R Susngi, official spokesperson for the rescue operation, said, “The Indian Navy today left the operation site and will be going back by tomorrow on the instruction they received from their high command.”

Susngi added, “The deputy commissioner, East Jaintia Hills District, conveyed his deepest gratitude and wished them a safe journey home and to their next duty assigned to them in the interest of the country.”

The NDRF and the SDRF continue to be at the spot and efforts to pump out water from the disaster-struck mine continues.

Fifteen miners were trapped in the illegal rat-hole coal mine in Meghalaya, on December 13, when a nearby river flooded. All miners are feared dead by now.