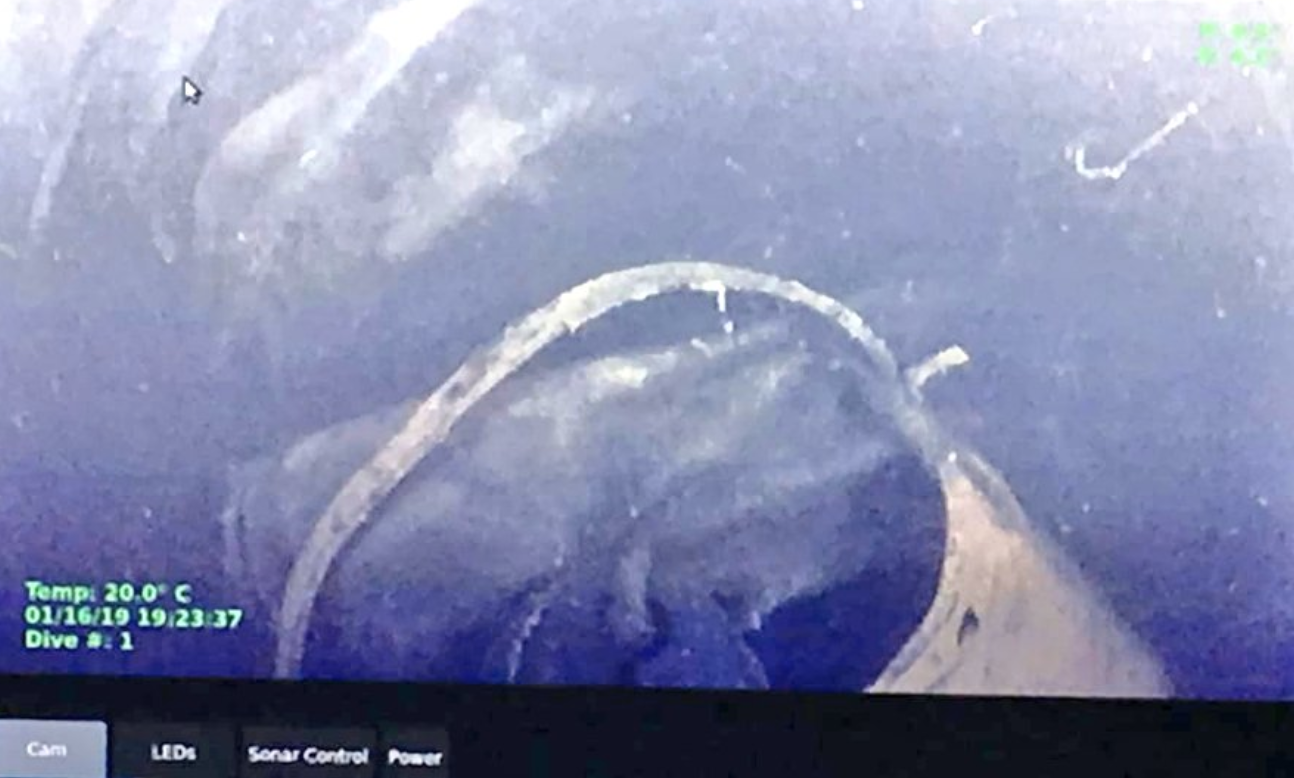 This photo taken by an underwater camera and released by the Navy shows an object inside the collapsed mine.

New Delhi: The Indian Navy divers working on the rescue operations spotted a body of a person more than a month after 15 labourers were trapped inside an illegal mine in Meghalaya’s East Jaintia Hills.

The Navy spokesperson, on Wednesday evening, tweeted: “One body detected by Indian Navy divers using underwater ROV at a depth of approx 60 feet and 210 feet inside a rat-hole mine. [Sic.]”

#MeghalayaMineTragedy #Flash One body detected by Indian Navy Divers using Underwater ROV at a depth of approx 60 feet and 210 feet inside a rat-hole mine @SpokespersonMoD @DefenceMinIndia @nsitharaman @PMOIndia pic.twitter.com/sP1sv6ikRn

It then added: “The depth is 160 feet (and not 60 feet) and the body has been pulled up to the mouth of rat-hole mine and shall be extracted out of the mine under the supervision of doctors. [Sic.]”

The miners have been trapped inside the 370-foot-deep illegal coal mine since December 13. Five teams of experts, including those from National Geophysical Research Institute, Hyderabad; National Institute of Hydrology, Roorkee and a team from Chennai to operate remote-operated underwater vehicles are at the spot to assist in the rescue operation along with the NDRF, which is currently being assisted by the Navy, Odisha Fire Services and Coal India Limited in the rescue work. The Air Force also assisted in the rescue operations.

Earlier this month, the Supreme Court expressed its dissatisfaction over how the rescue operation was progressing.

The surveyors of Coal India limited said there is no change in the water level despite days of intensive pumping, which eventually will lead to problems in extracting the bodies from the mine.