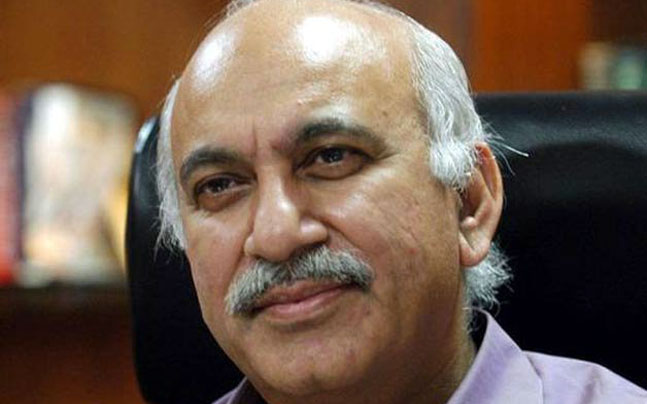 New Delhi: Yet another woman has come out and accused MJ Akbar of sexual assault – this time of rape. In a shocking revelation made by Pallavi Gogoi, Akbar’s former colleague, she said Akbar had raped her in the 1990s when she was a young journalist in the Asian Age newspaper where Akbar was the editor.

Recently, Akbar had to resign as minister of state for external affairs following accusations of sexual harassment and molestation by other women who worked with him during his years as a journalist. Akbar sued Priya Ramani, a prominent journalist who was among those who accused him of sexual misconduct, for criminal defamation.

Gogoi, who is now a US citizen, is the chief business editor at the non-profit National Public Radio. She made the shocking revelation in an article in Washington Post recalling – what she called – the “most painful memories of her life”.

Those before me have given me the courage to reach into the recesses of my mind and confront the monster that I escaped from decades ago. Together, our voices tell a different truth @TushitaPatel @SuparnaSharma @priyaramani @ghazalawahab
My story https://t.co/DG5dT7TEUU

Gogoi has written in her article that Akbar had raped her in the hotel in Jaipur when he called her to discuss the story she was working on. “He ripped off my clothes and raped me. Instead of reporting him to the police, I was filled with shame. I didn’t tell anyone about this then. Would anyone have believed me? I blamed myself. Why did I go to the hotel room?” she wrote.

She also has written that other women who have opened up about harassment by Akbar, has given her courage to speak up about her ordeal nearly after two decades.

“There’s nothing for me to gain from speaking out now. In fact, it is heartwrenching because people I am close to will feel my pain. Akbar has threatened to sue other women who come forward. And maybe there are implications that I haven’t thought of,” she said.

“Those before me have given me the courage to reach into the recesses of my mind and confront the monster that I escaped from decades ago. Together, our voices tell a different truth,” she added.

Akbar reacts, says it was ‘consensual’

“This relationship (with Gogoi) gave rise to talk and would later cause significant strife in my home life as well. This consensual relationship ended, perhaps not on the best note,” he said.

Akbar’s wife Mallika has firmly stood up in support of her husband. She said that she was aware of their relationship and that had caused “unhappiness and discord” in their home. In a statement, Mallika said: “More than twenty years ago, Pallavi Gogoi caused unhappiness and discord in our home. I learned of her and my husband’s involvement through her late-night phone calls and her public display of affection in my presence.”

“In her flaunting the relationship, she caused anguish and hurt to my entire family. I don’t know Pallavi’s reasons for telling this lie, but a lie it is,” she said.

Meanwhile, Akbar’s lawyer Sandeep Kapur has denied the charges against his client calling these allegations false.