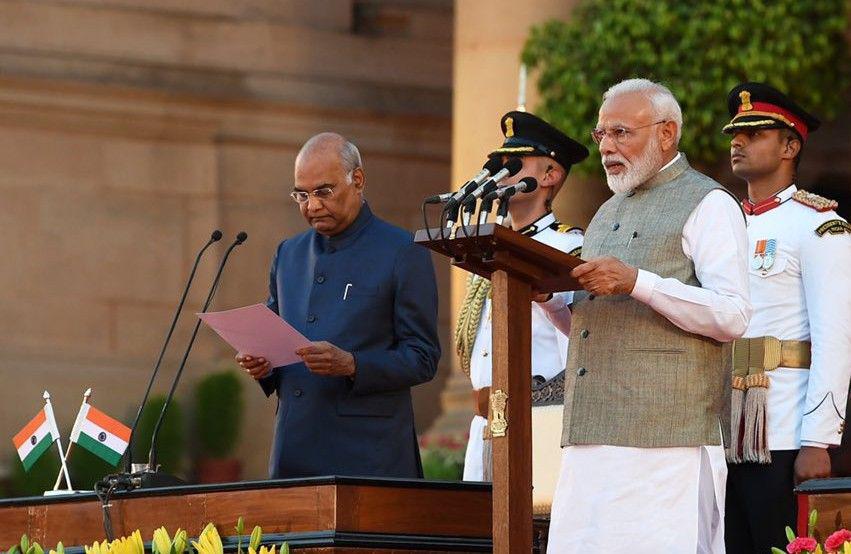 New Delhi: Narendra Modi has taken oath as India’s prime minister for the second time. President Ramnath Kovind administered the oath of office and secrecy to Modi at the grand ceremony held at Rashtrapati Bhavan, on Thursday evening.

It is worth mentioning that 19 of them have taken oath of office for the first time. Smriti Irani is the youngest among all ministers.

In the recently concluded Lok Sabha election, the NDA won 352 seats and the BJP alone won 303 seats, which is 30 seats more than the majority figure.