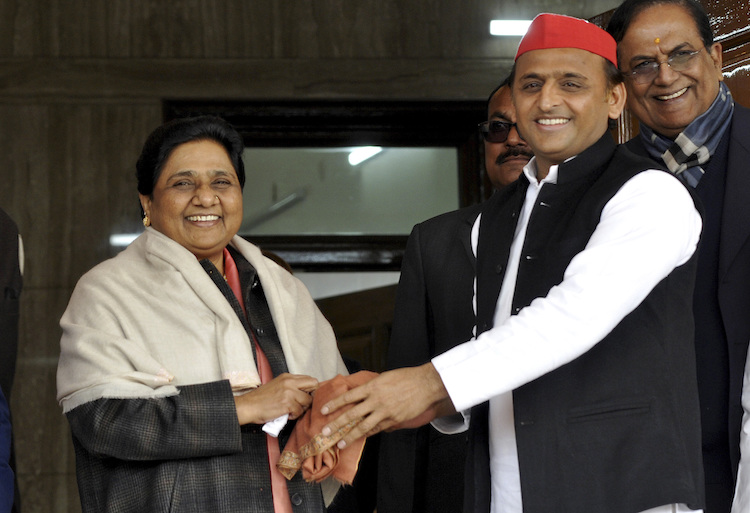 New Delhi: The Bahujan Samaj Party chief, Mayawati, demanded reservation for the “economically backward” Muslims – a community that can tip the scales for the anti-BJP alliance in the general election – on her 63rd birthday.

Mayawati, on Tuesday, said, “In 1947, approximately 33 per cent Muslims were in government jobs. Now, this has dipped to 2–3 per cent. While we welcome 10 per cent reservation for ‘upper caste’ Hindus, Muslims and other minorities won’t benefit.”

The Samajwadi Party chief, Akhilesh Yadav, met Mayawati for the second time in three days after the historic announcement of the SP-BSP alliance.  Yadav drove down to Mayawati’s residence to greet her and presented her with a bouquet and shawl. The two leaders were in a huddle for quite long.

The BSP chief also appealed to both BSP and SP workers to overlook the differences and personal agendas and ensure victory of the alliance in this year’s Lok Sabha election.

The two parties also criticized the BJP and the RSS for their “narrow mindset” and claimed that these leaders were “playing politics over religion”.