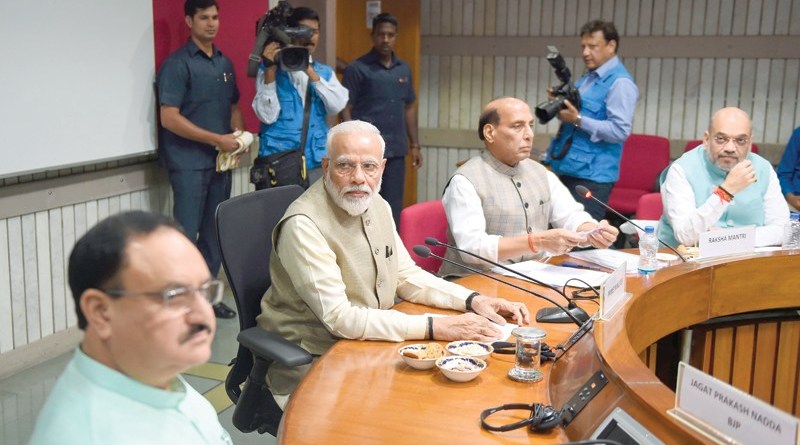 Narendra Modi in an all-party committee.

New Delhi: Prime Minister Narendra Modi, on Wednesday, presided a meeting, to discuss “One Nation, One Election” initiative, where he invited the presidents of all political parties having representatives in Lok Sabha and Rajya Sabha to New Delhi.

At the meeting, Modi is likely to discuss issues of ‘aspirational districts’, the celebration of 75 years of India’s independence in 2022 and marking 150 years of Mahatma Gandhi’s birth anniversary this year, among other things.

Congress along with NDA ally Shiv Sena as well as the Samajwadi Party, the Bahujan Samaj Party, the DMK, the Telugu Desam Party and the Trinamool Congress are some of the parties not attending the all-party meeting.

While on the other hand, CPI(M) general secretary Sitaram Yechury and CPI’s D Raja attended the meeting but did not quite agree with the idea. Yechury said, “Holding simultaneous polls to Parliament and state Assemblies is fundamentally anti-federal and anti-democratic and thus against the Constitution.”