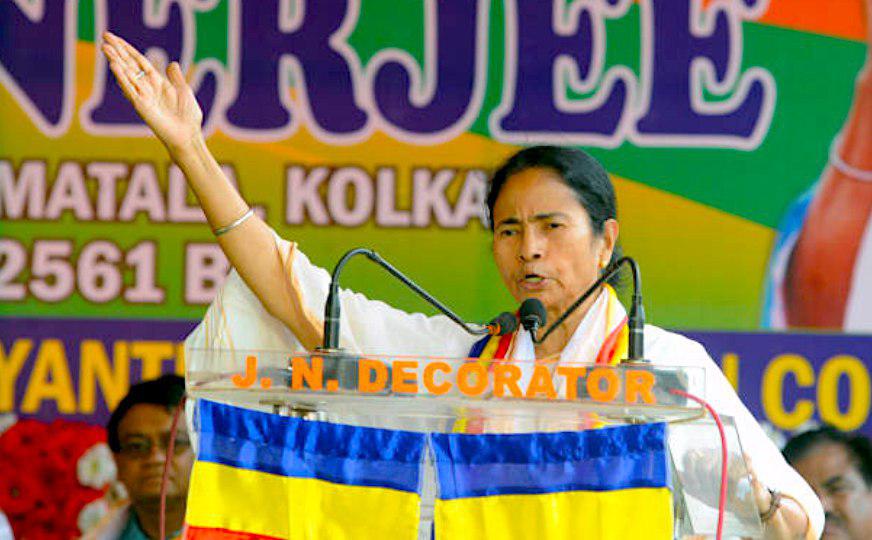 New Delhi: All the opposition leaders have expressed solidarity with West Bengal chief minister Mamata Banerjee after the Election Commission ordered to cut short campaigning in the state by a day in the wake of clashes between Trinamool Congress and Bharatiya Janata Party workers.

A day after political tussle started in Bengal following the violent clashes during Amit Shah’s roadshow, Mayawati came out in support of Mamata Banerjee. She said, “Election Commission has banned campaigning in West Bengal, but from 10 pm today (Thursday) just because the prime minister (Narendra Modi) has two rallies during the day. When they had to put a ban, why not from morning? This is unfair and the EC is acting under pressure.”

She further claimed, “It is clear that Modi, Amit Shah, and their leaders are targeting Mamata Banerjee. This is planned targeting … This is a very dangerous and unjust … one which doesn't suit the PM of the country.”

While expressing his anger N Chandrababu took to Twitter and wrote:

It is disturbing to see prompt action by the ECI on the complaint by @BJP4India and @AmitShah in West Bengal, while conveniently ignoring the complaints of @AITCofficial.

The EC's decision to call off campaigning in Bengal is against all norms of democratic fair play. I fully support @MamataOfficial ji in her fight to stop the undemocratic march of the two and a half men who have used and abused every institution of our country for their own gain.

AIMIM chief Asaduddin Owaisi also slammed the EC and asked campaigning was cut short only in West Bengal. Talking to reporters, he said, “Why only West Bengal, natural justice & fair play demands it should have been for entire 7th Phase why only West Bengal, why not for Eastern UP.”

Congress’s spokesman Randeep Surjewala, while talking to to reporters, said, “The Election Commission has completely abdicated its constitutional duty under Article 324 to ensure level playing field, besides negating the due process under Article 14 and 21 of India’s Constitution.”

Delhi chief minister Arvind Kejriwal, while extending his support to Mamata Banerjee, said, “The people of the Bengal will give a befitting reply to the “perpetrators of violence and hooliganism.”

After getting the supports of all the eminent regional leaders, Didi expressed her gratitude on Twitter and said, “The EC’s ‘biased actions’ under the directions of the BJP are a direct attack on democracy. People will give a befitting reply (to the BJP).”

Thanks and gratitude to @Mayawati, @yadavakhilesh, @INCIndia, @ncbn and others for expressing solidarity and support to us and the people of #Bengal. EC's biased actions under the directions of the #BJP are a direct attack on democracy. People will give a befitting reply