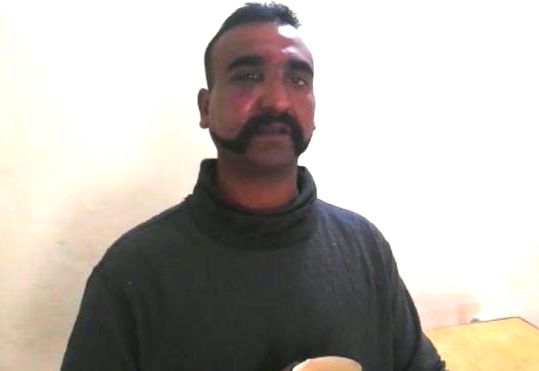 New Delhi: A day after Indian Air Force jets bombed terror camps deep inside Pakistan, Islamabad has claimed that it has shot down two aircraft of the Indian Air Force and captured two pilots. It released a video purportedly showing Indian MiG-21 pilot Wing Commander Abhinandan. The Pakistani military spokesman later said there was only one Indian pilot in their custody.

The video, in which a person wearing a flight suit is heard saying that he was Wing Commander Abhinandan, was released after a news conference held by Major General Asif Ghafoor, spokesman of the Pakistan armed forces.

Gen Ghafoor said one of the planes fell in Pakistani territory while the other fell in the Indian side and the intention behind the attack was not “escalate tensions”.

Gen Ghafoor also said, “We decided that we will not attack any military targets. We decided that no human life should be endangered in the strikes. We did not want to give the impression that we are an irresponsible nation. The intention was to tell we can retaliate, but we won't go to war at the cost of the region’s peace.”

There is only one pilot under Pakistan Army’s custody. Wing Comd Abhi Nandan is being treated as per norms of military ethics. pic.twitter.com/8IQ5BPhLj2

Earlier, Radio Pakistan tweeted a short clip of a blindfolded man wearing a G-suit. In the video, the man is heard telling his “captors” that he was Wing Commander Abhinandan and his service number was 27981

India’s ministry of external affairs spokesman Raveesh Kumar, in a news release, said, “an Indian Air Force MiG-21 Bison was lost this morning while thwarting Pakistani fighter jets that had entered Indian airspace. The pilot of that MiG-21 is missing in action.”