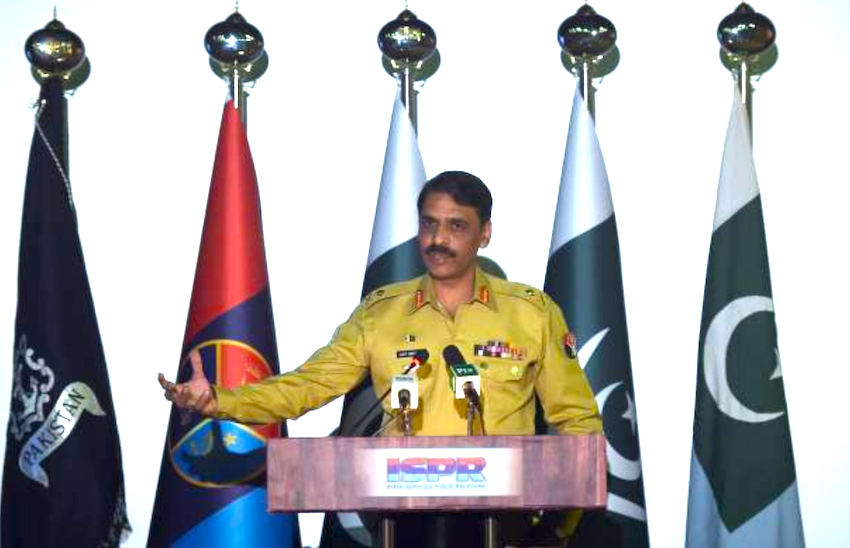 New Delhi: The Pakistan army’s director general of Inter-Services Public Relations wing, Major General Asif Ghafoor, on Friday, spun the fresh statement given by the external affairs minister, Sushma Swaraj, claiming that “no Pakistani civilian or soldier” was killed in the Balakot air strike, and used the statement to “propagate” their version of the attack.

Sushma Swaraj, on Thursday, while addressing a meeting with BJP workers in Ahmedabad said the air strikes by India inside Pakistani territory on February 26 was an attack on a terror camp and did not harm “any Pakistani ‘nagrik’ (civilian) or soldier.” The air strike was announced two weeks after the Jaish-e-Muhammed took the responsibility of the Pulwama terror attack.

However, in her speech Swaraj used the word “nagrik” which clearly meant “civilian” which was misinterpreted by news agencies, clearly the terrorists targeted at Balakot were not from other countries.

Citing this Maj Gen Asif Ghafoor took to Twitter and said: “Finally the truth under ground-reality compulsions. Hopefully, so will be about other false Indian claims, that is surgical strike 2016, denial of shooting down of two IAF jets by PAF and claim about F16. Better late than never.”

Finally the truth under ground reality compulsions. Hopefully, so will be about other false Indian claims ie surgical strike 2016, denial of shooting down of 2 IAF jets by PAF and claim about F16. Better late than never.#TruthPrevails#PakistanZindabad https://t.co/Kim8CZTdlJ

With his tweet he was implying that Swaraj had accidentally validated Pakistan’s claim that Indian bombs hit the mountainside and did not damage the main building.

There has been no response yet from Swaraj or the MEA on the Pakistani military’s tweet. But, MEA sources has asserted that the minister had referred to Pakistani “civilians”, and not “citizens”, as was erroneously reported.