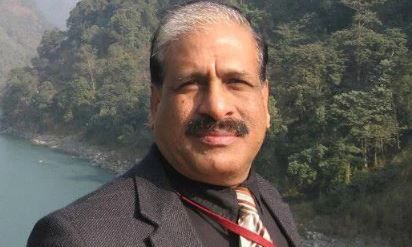 New Delhi: The acting chairman of the National Statistical Commission, PC Mohanan and his colleague, JV Meenakshi, resigned from their posts in the panel in protest against the government’s withholding of the National Sample Survey Organization’s first Annual Survey on Employment and Unemployment for the year 2017-18. The report would have revealed the job losses in the country following Prime Minister Narendra Modi’s announcement of demonetization of Rs 500 and Rs 1000 banknotes, in November 2016.

Mohanan, a career statistician, was appointment in the NSC in 2017 along with Meenakshi, who is a professor at the Delhi School of Economics. They resigned on Tuesday.

Talking to Business Today, Mohanan said, “We have resigned from the NSC. Over the months, we have been feeling that we were not been taken seriously and being sidelined by the government. Recent decisions of the NSC were not being implemented.”

This isn’t the first time the NSC has been in the news for the wrong reasons. A couple of years ago, it faced criticism for finalizing the back-data series of the gross domestic product after changing the base year from 2004-05 to 2011-12. This led to an upward revision in growth rates for the UPA years. The-then vice-chairman of NITI Aayog, Arvind Panagariya, did not allow its release.

Talking to Indian Express, Mohanan said, “The normal convention is that NSSO presents the findings to the commission, and once approved, the report is released within the next few days. We approved the NSSO survey on employment/unemployment in December beginning, but the report has not been made public for almost two months.”

He then added, “Over a period, it was noticed the government does not take the NSC seriously. NSC was kept out while key decisions were taken. We were unable to effectively discharge our duties.”

Meanwhile, stung by the resignation, the government tried to firefight the row. It said Mohanan and Meenakshi never expressed their concerns in any of the NSC meetings in the last few months.

In a statement, the ministry of statistics and programme implementation said: “Reports from a section of media have suggested that the members had expressed certain concerns on the functioning of the commission including release of the labour force survey results and the back series of GDP. However, these concerns were not expressed by the members in any of the meetings of the Commission in the last few months.”