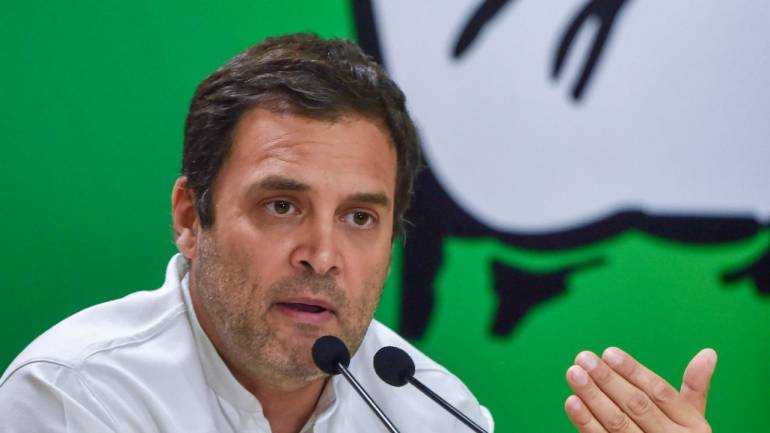 New Delhi/Mumbai: In what could be seen as a confirmation of the speculation that a united opposition will pose a challenge to the Narendra Modi-led Bharatiya Janata Party, Congress president Rahul Gandhi, on Wednesday, said a “mahagathbandhan” (grand alliance) is not just a political necessity but the people’s desire today.

Talking to reporters, Gandhi, who has been camping in Mumbai for the last two days holding meetings with his party legislators and corporators, said, “Mahagathbandhan is the sentiment of people and not just political parties that are opposed to the BJP … The whole country is against the BJP and the RSS (Rashtriya Swayamsevak Sangh).”

However, the Congress president evaded answering when asked who would lead such an alliance.

Gandhi also alleged the prime minister and the BJP were undermining the Constitution and curbing the freedom of institutions.

Calling the BJP-led NDA government “pro-rich”, Gandhi alleged, “The main issue is that the government is working only for the rich … Crude oil prices have dropped down from the time of Manmohan Singh’s tenure, but still petrol prices are high. This is because direct bank transfer benefit is being given to the rich. We have asked the prime minister to get petrol and diesel under GST (goods and services tax), but he is not interested.”