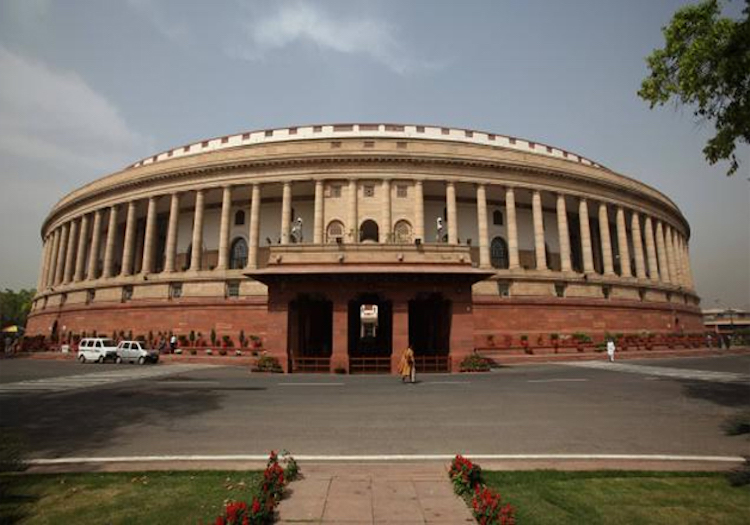 New Delhi: President Ram Nath Kovind, on Friday, signed the Citizenship (Amendment) Bill, 2019 into law after both the Lok Sabha and the Rajya Sabha passed the bill, earlier this week, amending the existing Citizenship Act of India. The bill seeks to grant Indian citizenship to non-Muslim refugees from Afghanistan, Bangladesh, and Pakistan who arrived in India on or before December 2014.

The amended law makes it possible to cancel Overseas Citizen of India registration, which is given to a person of Indian origin, if the person has violated any law the government has notified. The new law also exempts certain areas in the northeast, like states that require visitors from other states to obtain an “inner-line permit” (ILP), from the new amendments.

On Monday, the Lok Sabha passed the contentious bill amid intense debate. Introducing the bill, the Union home minister, Amit Shah, said while nowhere does this bill target India’s minority community, but illegal immigrants would not be allowed to stay in the country at any cost.

The Congress and its allies opposed the bill calling it anti-constitutional. They said it violated the secular nature of our constitution as it discriminates along religious lines. However, Shah said that misconceptions are being spread about the bill that it is against any particular community, but this is a humanitarian step to grant citizenship to those who “suffered for the last 70 years”. He said that “failure” of the 1950 pact between the-then prime minister, Jawaharlal Nehru, and his Pakistani counterpart, Liaqat Ali Khan, is also one of the reasons of bringing about this bill. The 1950 pact signed between the first prime ministers of India and Pakistan in New Delhi sought to allow refugees to return to dispose their properties left behind. It also sought to return kidnapped women and looted property, not recognize forced conversions, and minority rights were upheld.

Opposing the bill, Hyderabad MP and leader of All India Majlis-e-Ittehadul Muslimeen (AIMIM) Asaduddin Owaisi tore the draft of the bill evoking Mahatma Gandhi’s act in South Africa. He said, “You know how Mahatma Gandhi became Mahatma? He tore the national register card in South Africa. Since Mahatma tore that card, I am tearing this as it tries to divide the country.”

After debating the bill until late in the evening, the Lower House passed the bill by 311 votes to 80. The Shiv Sena, Congress’s new ally in Maharashtra, voted in favour of the bill.

After clearing the Lok Sabha, the government introduced the Citizenship Amendment Bill, 2019 in the Rajya Sabha. Following widespread opposition to the bill, a tough fight was expected in the Upper House.

The Upper House debated the bill on Wednesday. Besides BJP, its allies, such as JD(U) and SAD; the AIADMK, BJD, TDP and YSR Congress backed the legislation. However, the Shiv Sena walked out before the vote was taken.

Finally, the Rajya Sabha passed the bill by 125 votes in favour and 105 against it. This cleared the Citizenship (Amendment) Bill, 2019 to become law, the president’s signature pending.

The northeastern states had been protesting against the bill since it was first introduced in 2018. Protests began again after its reintroduction under the new government.

Protesters from Assam, Tripura and other parts of the region poured into the streets, with crowd turning violent in some places. Police had to fire at protesters in some places, including Guwahati. Three people have been reportedly killed in police firing in Assam and many injured, so far.

Students from Delhi’s Jamia Millia Islamia, which is a central university, clashed with police on Friday. Many were injured in the clashes, in which the police had to fire teargas and resort to lathicharge against the protesting students.

Protests have been reported from cities in Kerala, Telangana and West Bengal. People in Goa too came out in protests against the new citizenship law. The home minister, Amit Shah, had to cancel his scheduled Shillong visit because of the raging protests in the region.

The US Commission on International Religious Freedom, a federal American panel, called for imposing sanctions against Amit Shah and others if the bill is passed. Referring to the bill, the USCIRF, in a statement, said, “If the CAB passes in both houses of Parliament, the United States government should consider sanctions against the home minister and other principal leadership.”

The United Nations too said it was keeping a “close watch” on India following the clearance of the bill into law. A spokesman for the UN secretary general, Antonio Guterres, insisted that the world body has its basic principles, including those enshrined in the Universal Declaration of Human Rights, and expect the member countries to upheld them.

Farhan Haq, who is the deputy spokesman for the UN chief, said, “We are aware that the lower and upper houses of the Indian Parliament have passed the Citizenship (Amendment) Bill, and we are also aware of the concerns that have been publicly expressed. The United Nations is closely analysing the possible consequences of the law.”

Meanwhile, the Pakistani prime minister, Imran Khan, has condemned the bill and called the Narendra Modi government “fascist”. This is the second time he had said so following the Indian airstrike in a terror camp deep inside Pakistan at a place called Balakot, in February.

The Japanese prime minister, who was scheduled to hold a summit meeting with his Indian counterpart, Narendra Modi, in Guwahati, where massive protests are taking place against the new law, cancelled his scheduled visit to India, on Friday. No new dates for the summit have been announced.