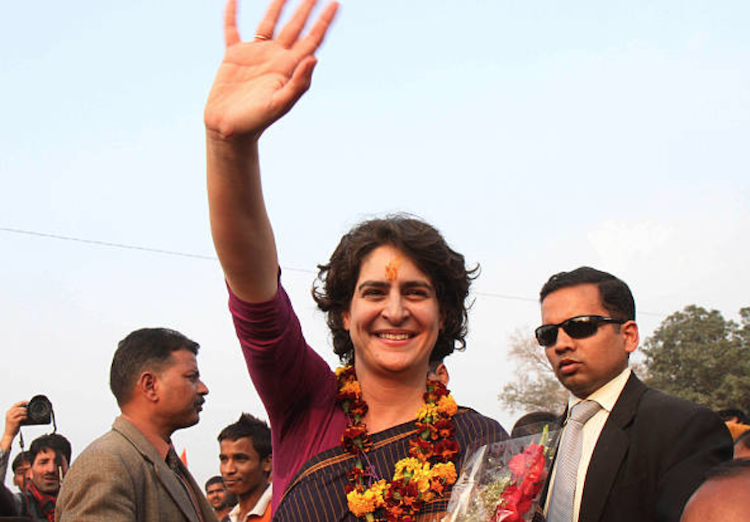 New Delhi: Ahead of the Lok Sabha election, Priyanka Gandhi-Vadra formally entered active politics. This was announced by the Congress, on Wednesday. Priyanka will be the party general secretary in eastern Uttar Pradesh – a key state that sends 80 members to the Lok Sabha.

The Congress said Priyanka will take her first formal political assignment in the first week of February and will assist her brother and Congress president Rahul Gandhi in the politically most important state in the country.

Speaking on his sister’s joining active politics, Rahul Gandhi said, “I am very happy that my sister Priyanka will assist me in Uttar Pradesh in the Lok Sabha election. ... She is very capable.”

Priyanka Gandhi is said to have been actively involved in some crucial decisions of the party, including the selection of the chief ministers of Rajasthan, Madhya Pradesh and Chhattisgarh, where the Congress wrested power from the Bharatiya Janata Party in last year’s assembly elections.

Apart from this big announcement, the Congress has also announced that Jyotiraditya Scindia, who was in the race for the chief minister’s post in Madhya Pradesh before the party chose Kamal Nath, will be the party general secretary for western UP.

The move to launch Priyanka in UP just months ahead of the general election is seen as a masterstroke by many. Apart from being seen as a factor that can boost the morale of the Congress workers in the state, where the party has been struggling for decades, it also sends a signal to Akhilesh Yadav and Mayawati’s Samajwadi Party-Bahujan Samaj Party alliance, in which they kept the Congress out, to fight the BJP in the state.

After being left out of the SP-BSP alliance, the Congress said it would contest all 80 seats in the state. Although Akhilesh Yadav earlier mocked the Congress when asked why he and Mayawati kept the grand old party out, he recently tried to make amends, after the show of opposition unity in Kolkata, by saying that it was to “fix poll arithmetic in the state to defeat the BJP”. 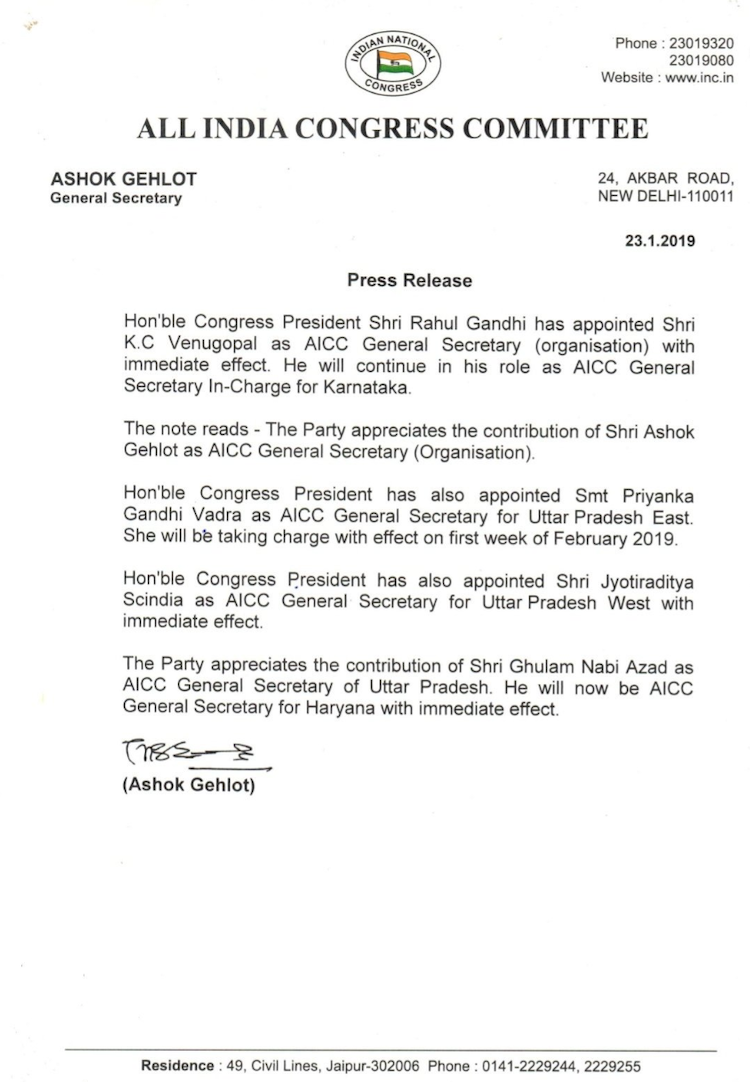