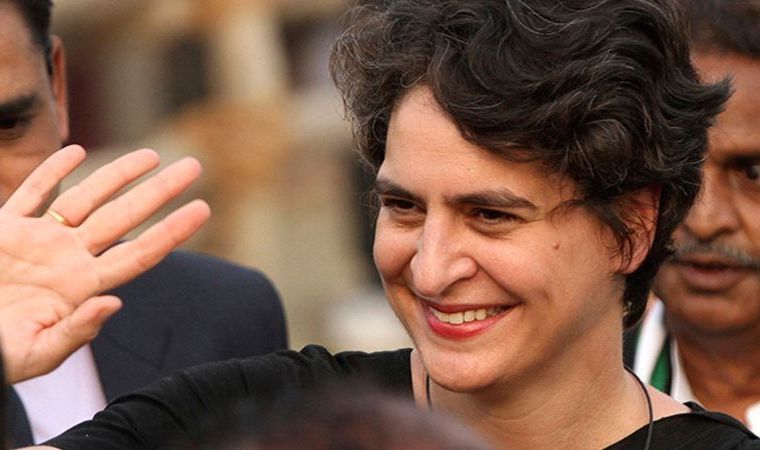 New Delhi: Where the Congress party is still struggling to name their next president after resignation of Rahul Gandhi as party chief, some party leaders are expecting Priyanka Gandhi to take the rein in hand. However, her name has not been suggested openly because Rahul Gandhi has urged the party to find someone out of the Gandhi family for the top post.

The Congress Working Committee was scheduled to meet in this week to finalize the name, however, party sources have confirmed that the party may consider accepting Rahul’s resignation and conduct internal elections to choose a replacement.

Former Lok Sabha MP Bhakta Charan Das and former Union minister Sriprakash Jaiswal, while speaking to Indian Express, have confirmed that leaders of the Congress party will soon demand Priyanka Gandhi to take the responsibility of the party.

Das said, “In fact, they are demanding. It is not reaching the appropriate place. But everybody wants it. Along with her, a credible team should be there, and we should deliver. I strongly feel that if Rahul Gandhi does not take back his resignation, Priyanka ji should become (party chief) and the party should propose her name.”

While vouching for potential candidate who is popular and of the right age, Das said that Jyotiraditya Scindia and Sachin Pilot, to some extent, are fitting candidates for the post.

He said, “It should have a positive, constructive value from the political point of view. And who possesses that quality … to some extent, Jyotiraditya Scindia. Young people see him as a potential person. And to some extent, Sachin Pilot. There are other hardworking people in the field. But they are yet to be identified.”

“Enough delay has happened. We should find a leader who is acceptable to everyone. And the leader should have a positive imprint in the minds of every worker and voter. Age should also be a factor. Age and popularity both. The next Congress president should not be very old. And that person should be hardworking just like Rahul Gandhi was,” he said further.