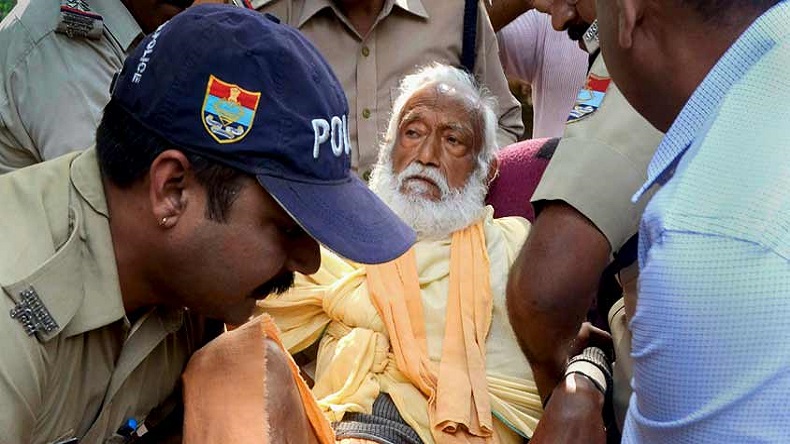 New Delhi: Professor GD (Gurudas) Agrawal has died, on Thursday, after fasting for 111 days to save Ganga and bring back the river to his ancient glory. He was demanding a full ban on hydroelectrical projects and sand mining on the Ganga.

The death of Agarwal also highlights the failure of the very publicized “Namami Ganga” scheme of the Narendra Modi givernment.

Agarwal – who was also known as Sant Swami Gyan Swaroop Sanand – studied in the Indian Institute of Technology in Kanpur and taught there as a professor. In 1974, he was made the first member secretary of the Central Pollution Control Board. Before becoming a monk in 2011, he was an environmental worker.

Earlier this week, the government came with a new policy which offered to maintain the minimum green zone on both sides of the river’s path, but the professor was not satisfied with it.

Even after spending thousands of crores of rupees on the Ganga Action Plan, which started in 1986, the pathetic state of the river remains the same. The government has failed to monitor the regulation of the discharge of industrial and civic effluents into the river from the cities and the industries based along its length.