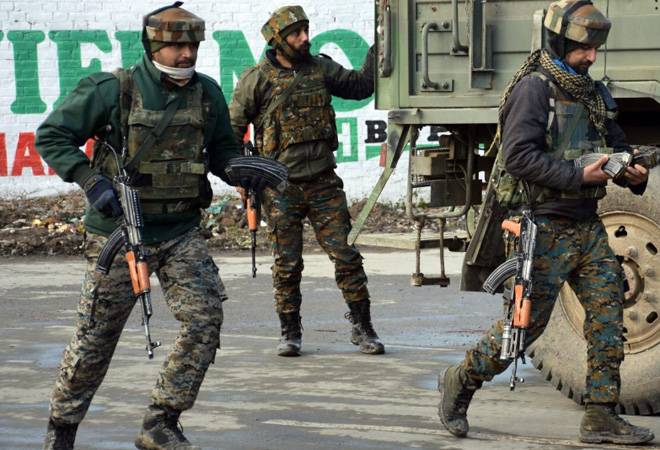 New Delhi: Four Army personnel and a civilian, including a major, have been killed during an encounter that broke out between terrorists and security forces in Pinglena area of South Kashmir’s Pulwama district, on the intervening night of Sunday and Monday. Two terrorists were also killed in the encounter.

A defence spokesman said, “The terrorists are believed to be linked to the February 14 car bombing. The exact identities of the two terrorists killed are being ascertained.”

The four Army men killed in the encounter have been identified as Major Vibhuti Shankar Dhoundiyal, Hawaldar Sheo Ram, Sepoy Hari Singh and Sepoy Ajay Kumar, while the identity of the slain militants is being ascertained.

The deadly encounter comes in the wake of Thursday’s suicide attack on a CRPF convoy on the Jammu-Srinagar highway in Pulwama, which left 42 CRPF personnel dead and many injured.

Officials have now confirmed that three terrorists have been killed in the encounter. The encounter has now ended with the recovery of the body of the third slain terrorist.