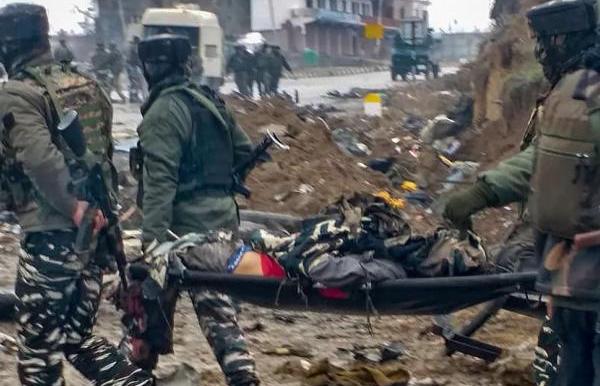 Soldiers carry the body of a CRPF jawan killed in the Pulwama suicide bombing.

New Delhi: A day after over 40 Central Reserve Police Force personnel were killed in the deadliest terror attack on security forces in Jammu & Kashmir, the Indian government has withdrawn “most favoured nation” or MFN status accorded to Pakistan.

A country which provides MFN status to another country has to provide concessions, privileges, and immunity under World Trade Organization’s General Agreement on Tariffs and Trade (GATT). India granted the MFN status to Pakistan way back in in 1996, but the neighboring country is yet to reciprocate it.

Removal of the MFN status would enable New Delhi to increase customs duty on goods coming from the neighbouring country.

Prime Minister Narendra Modi held a security review meeting to discuss the security scenario in Jammu & Kashmir in the wake of the Pulwama attack, wherein Arun Jaitley, the finance minister claimed that the ministry of external affairs will initiate all possible steps to ensure complete isolation of Pakistan from the international community.

The Jaish-e-Muhammed terror outfit, which claimed responsibility for the Pulwama attack, is based on Pakistan and there are credible evidences that the outfit is armed and trained by the Pakistani military.