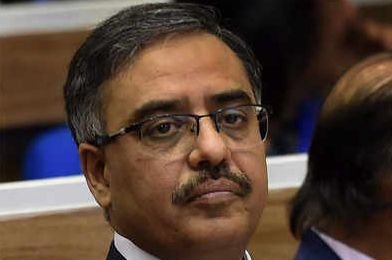 New Delhi: Amid stressed diplomatic ties between India and Pakistan following the Jaish-e-Muhammed’s suicide attack on a CRPF convoy in Jammu & Kashmir’s Pulwama, Pakistan called back its high commissioner Sohail Mahmood to India for “consultations” in connection with the backlash it is facing in India over the Pulwama terror attack.

India had already called its high commissioner, Ajay Bisaria, from Pakistan to New Delhi for “consultations” following the attack.

Mohammad Faisal, Pakistan’s ministry of foreign affairs spokesman, confirmed the same. He, in a Twitter post, said, “We have called back our high commissioner in India for consultations. He left New Delhi this morning.”

Foreign secretary Vijay Gokhale hadearlier summoned Mahmood to his South Block office and issued a “very strong” demarche over the attack. However, Pakistan has rubbished all suggestions linking it to last Thursday’s suicide attack on a CRPF convoy, which left 42 CRPF personnel dead.