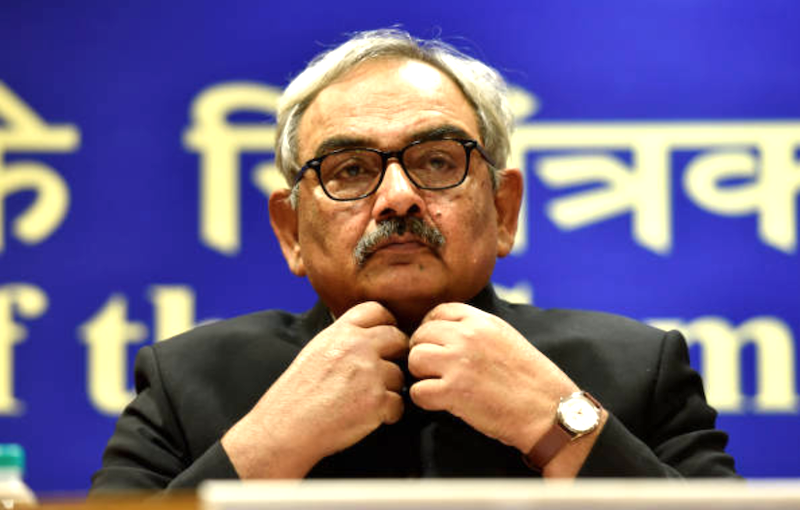 New Delhi: The Congress has asked comptroller and auditor general Rajiv Mehrishi to recuse himself from auditing the Rafale warplane deal with France because of “conflict of interest” as he was part of the negotiations as the-then finance secretary.

The Congress has alleged that the Bhartiya Janata Party-led government has compromised “national interest” and “national security” in the purchase of the 36 jets and said the CAG has a constitutional and statutory obligation to undertake a forensic audit of all defence contracts, including the Rafale deal.

It said, “It is an act of gross impropriety for you to deal with the audit of the 36 Rafale aircraft deal on account of patent conflict of interest ... you are constitutionally, legally and morally disentitled to either conduct an audit or to present a report before Parliament,” and added, “We urge upon you to recuse yourself and publicly accept the gross impropriety committed by you in initiating the audit.”

Senior Congress leader Kapil Sibal also said that Mehrishi is likely to present the CAG report on the deal in Parliament, on Monday, which would be improper on his part.

Sibal said, “...Finance ministry plays an important role in these negotiations ... Now it is clear that the Rafale deal happened under Rajiv Mehrishi. Now he is CAG. We met him twice on September 19 and October 4, 2018. We told him about the scam. We told him that the deal should be probed because it is corrupt. But how can he initiate a probe against himself.”

While claiming that they had listed the acts of omission and commission as well as corruption in the Rafale deal to Mehrishi last year, Sibal said, “We told him that the deal should be probed because it is corrupt, but how can he initiate a probe against himself?”

“He obviously cannot probe decisions he took as finance secretary. He will protect himself first and then his government. There cannot be a bigger conflict of interest than this,” Sibal added.