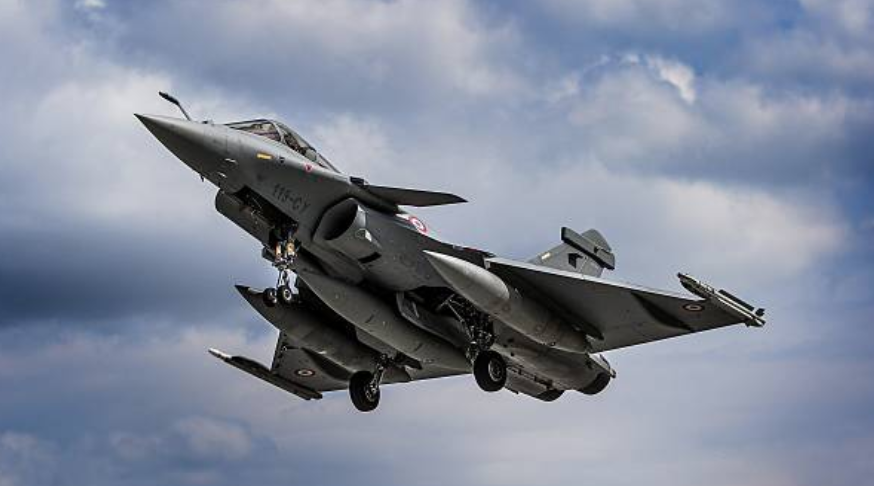 New Delhi: In a fresh exposé by the Hindu newspaper on the Rafale deal, on Thursday, veteran journalist N Ram has revealed that parallel negotiations with the French team were conducted by the Prime Minister Office at the crucial time of the negotiations that were carried out by a seven-member Indian negotiating team from the defence ministry.

According to the defence ministry note, the parallel discussion held by the PMO was came to the notice of ministry from a letter of October 23, 2015 from the head of the French negotiating team, General Stephen Reb. The letter had mentioned a telephonic conversation that took place on the same day between the joint secretary in the Prime Minister’s Office, Jawed Ashraf, and diplomatic advisor to the French defence minister, Luis Vassy. The-then defence secretary, G Mohan Kumar, had also made an official notation in his own hand stating: “RM may pl. see. It is desirable that such discussions be avoided by the PMO as it undermines our negotiating position seriously [sic].” 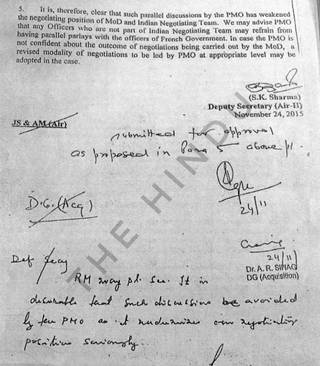 The N Ram report also says that there was no mention of negotiations held by the PMO in the submission by the government to the Supreme Court in October 2018. The government has not even mentioned that the MoD and the Indian negotiating team had objected the PMO’s decision that the sovereign guarantee from the French government in case the deal went wrong was not required and “letter of comfort” would be enough.

The submission has not even mentioned the objection raised by the defence ministry over parallel discussions held by the PMO. However, the government’s note submitted to the Supreme Court has clearly mentioned that the Indian negotiating team, comprising seven members, was working on the negotiations and procurement of the Rafale fighter jets under the instructions of the Defence Acquisition Council headed by the defence minister, the Hindu report says.

Earlier, in January, in his first exposé, N Ram reported that Prime Minister Narendra Modi’s hasty decision to purchase 36 Rafale fighter jets instead of 126 demanded by the Indian Air Force increased the price of each aircraft by 41.42 per cent. India had cost €1.3 billion as “design and development” costs for India-specific enhancements to the planes that included fully fitted and combat-ready aircrafts, he reported.