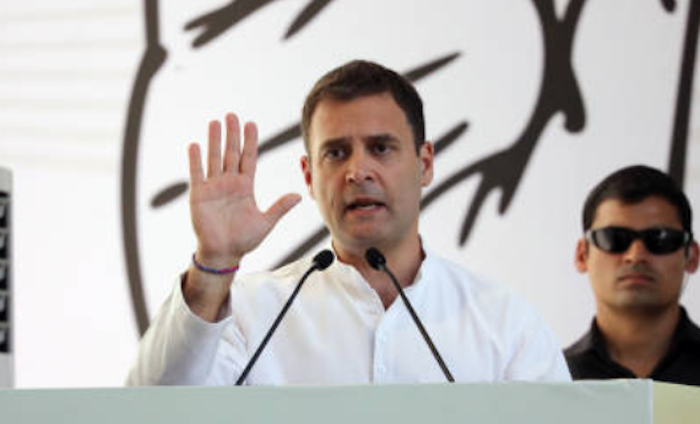 New Delhi: The Congress chief, Rahul Gandhi, on Monday, accepted in the Supreme Court that he had wrongly attributed the “chowkidar chor hain” slogan to the court’s ruling on the Rafale fighter deal. He said he had made the remarks in the “heat of the political campaigning”. He added that he used such terms in response to ruling BJP claiming victory after a December apex court’s order in which government claimed that the court had given “clean chit” to it in the case.

The top court had sought an explanation from the Congress chief after BJP MP Meenakshi Lekhi filed a petition in the court seeking initiation of contempt proceedings against Gandhi.

The top court then asked explanation from Rahul Gandhi.

Seeking stringent action against Gandhi, Lekhi tweeted that Gandhi’s “admission of guilt was a vindication of her petition”.

It’s an admission of guilt & thus Contempt . Considering the need to protect the integrity of the court in these testing times,such an admission is a vindication of the petition. I hope & pray that it is responded with strictest rebuke by the court.

In her plea, Lekhi had said Gandhi, while referring to the court’s April 10 order rejecting the Centre’s objections to the admissibility of certain documents submitted by review petitioners, had attributed his own “chowkidar chor hain” remark to the court ruling.

After this, the bench of Chief Justice of India Ranjan Gogoi, Justice Deepak Gupta and Justice Sanjeev Khanna clarified that it had not made any such observation.

Union minister and BJP leader Ravi Shankar Prasad asked the Election Commission to take “serious cognisance” of Gandhi’s comments, saying it amounted to violation of the model code of conduct.

Prasad even played a video clip before reporters in which Gandhi can be heard saying “Supreme Court ne clear kar diya hai ki chowkidarji ne chori karwai (Supreme Court has made it clear that chowkidarji got the theft done).”