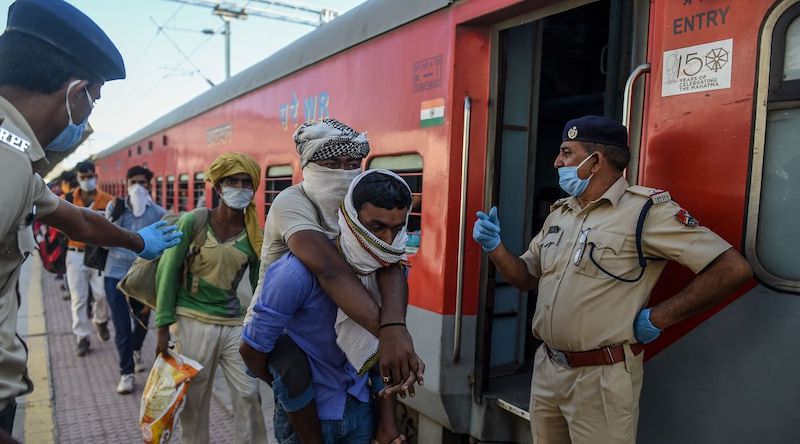 New Delhi: The government, on Tuesday, decided to run 200 non-airconditioned passenger trains from June 1. This is in addition to the 15 airconditioned trains that the government has started running since May 12 and the Shramik Special trains, which the government started to ferry migrant workers to their home destinations.

All passenger train services were shut down following the March 25 nationwide lockdown to stop the transmission of the new coronavirus, Covid-19.

The Indian Railways also said online bookings for tickets will be opened soon and it will give more information on the number of trains and other guidelines in the coming days. It must be noted that the railways had hinted at resuming some trains when it said it would start issuing waitlisted tickets from May 22.

However, this decision also opens the possibility of a tussle between the Centre and the states, especially where the opposition is in power as it did away with taking the consent of the receiving states. Earlier, the Centre scrapped the mandatory requirement of the receiving states’ consent after claiming that some states were denying permission for incoming special trains carrying migrants.

Indian, on Tuesday, saw the biggest single-day rise in coronavirus cases. The country recorded over 6,100 fresh cases and 146 new deaths on the day. Maharashtra recorded over 2,000 new cases for the third day running.

The day also saw some positive development. The number of people who recovered from the infection crossed 40,000, on Tuesday.

Harsh Vardhan to become WHO executive board chairman

Meanwhile, the Union health minister, Dr Harsh Vardhan, is set to take charge as the chairman of the 34-member World Health Organization executive board, on May 22. He will replace Dr Hiroki Nakatani of Japan.

This comes on a day the president of the United States, Donald Trump, threatened to permanently freeze funding the WHO and pull his country out of the world health body over “promoting China’s disinformation”, if the WHO did not commit to improvements within 30 days.

In a letter posted on Twitter, Trump told the WHO director general, Tedros Adhanom Ghebreyesus, “If the WHO does not commit to major substantive improvements within the next 30 days, I will make my temporary freeze of United States funding to the WHO permanent and reconsider our membership.”

This is the letter sent to Dr. Tedros of the World Health Organization. It is self-explanatory! pic.twitter.com/pF2kzPUpDv

The United States has been the most affected country in the coronavirus pandemic. The country has seen nearly 1.6 million Covid-19 infections and over 93,000 deaths because of it. Trump had earlier blocked the funding of the WHO for the same reason.

Top 5 countries with coronavirus deaths are: