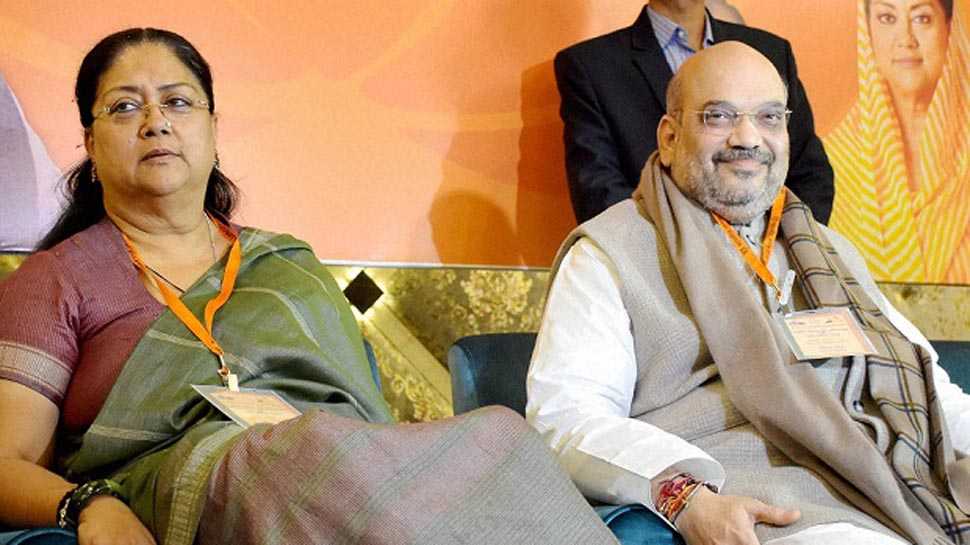 New Delhi: The decision to appoint the chief of the BJP’s Rajasthan unit has been deferred as the differences between the party’s president, Amit Shah, and the Rajasthan chief minister, Vasundhara Raje, remained unresolved. To strategize for the state assembly election, which is expected to be held in December, and choose the president of party’s state unit, Shah called for a high-level meeting of senior Rajasthan BJP leaders in New Delhi, on Wednesday, in which Raje also attended.

The post of the Rajasthan BJP president has been lying vacant since Ashok Parnami resigned in April this year.

As reported earlier, Raje is believed to be adamant on having one of her close associates, either former BJP state president Arun Chaturvedi or junior minister in the Rajasthan cabinet Srichand Kriplani, as the state’s party chief while Shah is backing the current Union junior agriculture minister, Gajendra Singh Shekhawat, for the post. Sources say that Shekhawat also has the backing of Prime Minister Narendra Modi.

The appointment of party chief becomes particularly important in a poll-bound state because it is the chief who takes all the major decisions in candidate selection and campaign strategy for the election. Currently, Raje has a strong hold over her state’s MLAs as most of them were handpicked by her in 2013. Losing that grip can put her on a weak ground. According to BJP sources, she has zealously maintained her grip on the Rajasthan’s party unit and resisted pressure from the party and Sangh bigwigs alike.

As there’s already a strong anti-incumbency wave against her government in Rajasthan, things are looking at a bad shape for the party in the state.

Calling the party’s situation “pathetic” in the state, former Rajasthan chief minister and Congress general secretary taunted the BJP in a tweet. He wrote: “What a pathetic state of BJP in #Rajasthan, they have not been able to find a party president. CM Raje n #AmitShah Ji have not been able to solve differences over the matter. [Sic.]”