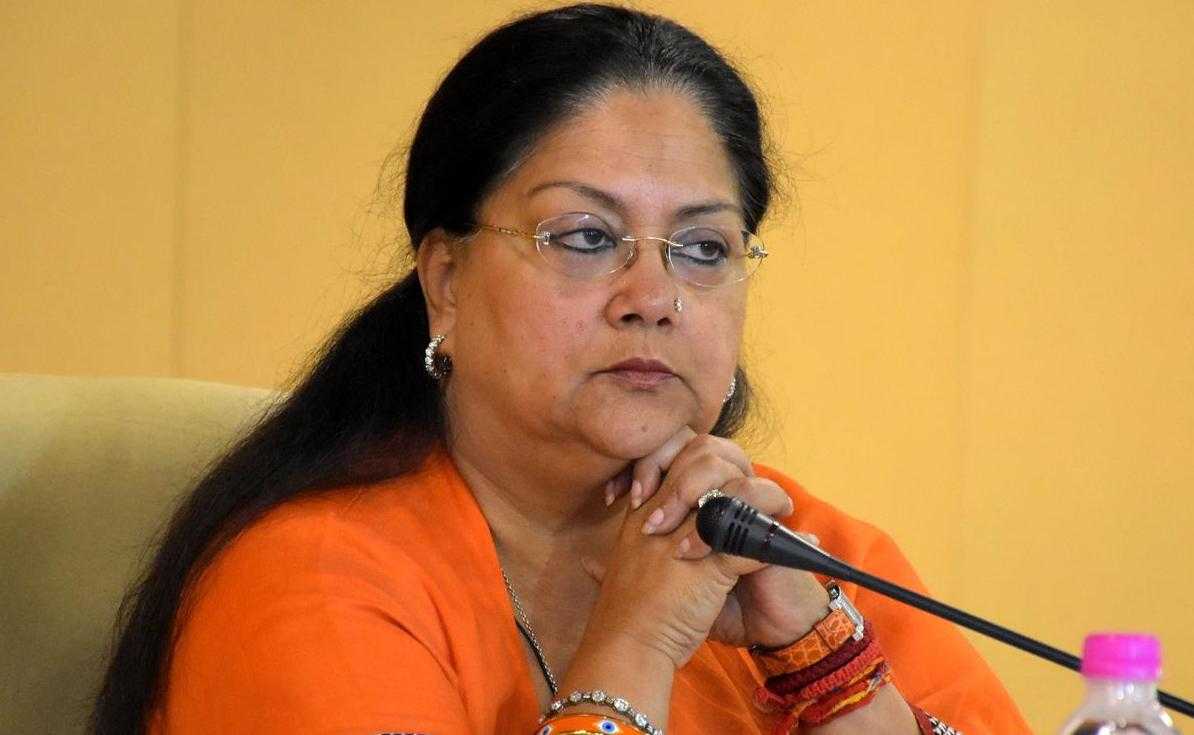 New Delhi: Three former BJP heavyweights from Rajasthan are turning out to be a big problem for the party’s electoral prospects in the poll-bound state. The three senior leaders are Ghanshyam Tiwari, who has formed his own party – Bharat Vahini Party; Manvendra Singh, who is the son of veteran leader Jaswant Singh; and Hanuman Beniwal, who is now an independent legislator.

All three of them moved out of the party because they had serious issues with the “working style” of the chief minister, Vasundhara Raje. And now they have vowed to defeat their former party in the upcoming assembly election.

The widespread support these three politicians are getting in the state has forced the BJP to think of a new strategy to neutralize their threat. However, considering that it might not be possible, senior BJP members in the state are now talking of reaching out to them for the 2019 Lok Sabha election after the assembly election is over. They are hopeful that these three rebels would come back into the party fold for the sake of Prime Minister Narendra Modi.

Here’s a look at the backgrounds of the three rebels:

Ghanshyam Tiwari:  He was a volunteer for Rashtriya Swayamsevak Sangh for nearly 50 years and a 6-time BJP MLA in Rajasthan. He was also a minister twice when the BJP was in power in the state. He quit the BJP in June this year in protest against the “working style” of Vasundhara Raje and went on to form his own political outfit – Bharat Vahini Party.

Tiwari is a strong brahman face in Rajasthan. In 2013, he was elected from Sanganer assembly constituency with a high margin of over 60,000 votes. He holds significant clout in at least 15 assembly constituencies in the state where brahmans voters are in considerable number.

Manvendra Singh: He is the son of Jaswant Singh, former Union minister in Atal Bihari Vajpayee’s Cabinet, Manvendra Singh quit the BJP only recently. He has a rich rajput legacy and his family has a strong influence over the rajput community spread across Jaisalmer and Barmer.

There are reports that he is considering to switch to the Congress, however due to objections of some Congress leaders in the state, he may go solo and an independent or form his own party, like Ghanshyam Tiwari.

Hanuman Beniwal: He is a jat leader from Nagaur. He was first elected as an MLA from Khinvsar on a BJP ticket in 2008. He quit the BJP after falling out with Vasundhara Raje.

Beniwal has great influence in the jat bastion of Nagaur. Also, due to his background as a student leader, he has a great influence over the youth, especially from the jat community. He has vowed that he won’t let the BJP win a single seat from Nagaur.