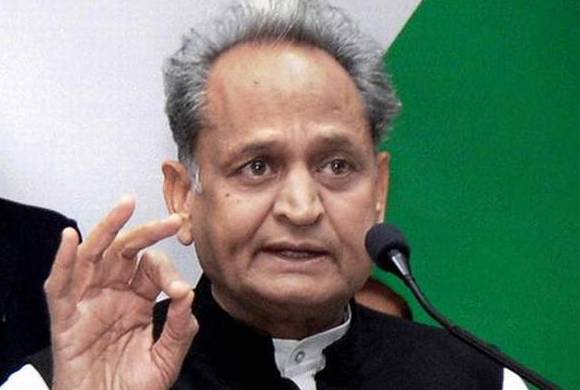 New Delhi: Two days after forming the new Congress government in the state, Rajasthan chief minister Ashok Gehlot, on Wednesday, has announced waiving of farmers’ loan up to Rs 2 lakh. While delivering on the promise made by the Congress chief, Rahul Gandhi, Gehlot has decided to waive short-term crop loans from cooperative banks and loans up to Rs 2 lakh from other banks.

Gehlot has announced that farmers who have taken loans up to November 30 can avail the benefit. “Farmers’ short-term crop loans from cooperative banks will be waived. Along with this, farmers’ loans of up to Rs 2 lakh from nationalized and other banks will also be waived,” he said.

While attacking the previous Bharatiya Janata Party government, Gehlot said, “The Vasundhara Raje government’s scheme would have cost Rs 8,000 crore, but only Rs 2,000 were actually spent in writing off the loans. The remaining burden has been passed on to the new Congress government.”

The Congress president, Rahul Gandhi, had promised waiving of farm loans within 10 days of forming a government during election rallies in Chhattisgarh and Madhya Pradesh. The chief ministers of Madhya Pradesh and Chhattisgarh, Kamal Nath and Bhupesh Baghel respectively, while keeping the promise made by party chief, have recently announced waiving of farm loans in their respective states.

The Congress party has defeated the BJP in three heartland states including Madhya Pradesh, Rajasthan and Chhattisgarh in recent assembly elections.