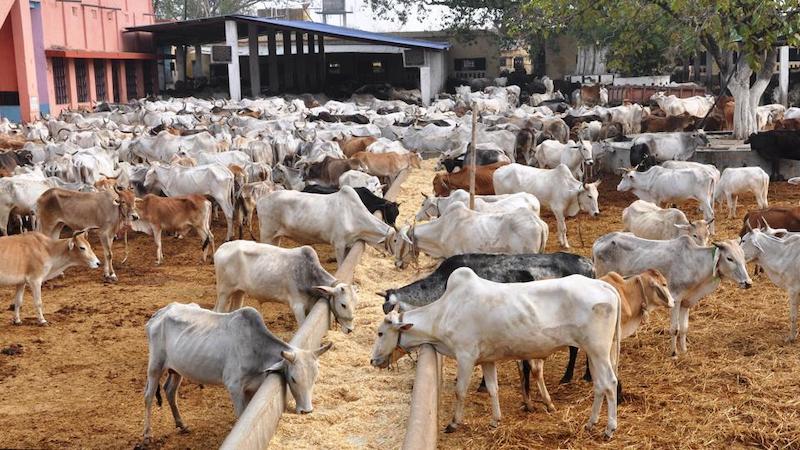 While talking to reporters, Kundanmal Tailor, 60, the secretary of Shree Madan Gaushala in Sikar’s Losal and one of the representatives of 2,673 registered cow shelters, while looking at the queues of people around him, men wearing identical yellow scarves with pictures of cows printed on them, said, “This is being done by the government because the Lok Sabha election are approaching and they want to tempt us. Even when the Congress was in power in its previous term, they did nothing except give a one-time grant for cows in shelters.”

As some of his companions from Sikar district waited for their chance to register for cow protection meet, he said that he will vote for Prime Minister Narendra Modi.

According to gopalan (cow-rearing) minister Pramod Jain Bhaya, the event aimed at facilitating interaction between representatives of cow shelters and the government and added, “We will examine all the suggestions and memorandums given by the participants to prepare a government policy towards cows, which will immensely benefit cow shelters and will be instrumental in solving the problem of stray cows.”

The participants who were ideologically inclined towards the BJP said the current assistance they get from the government is not enough. One of the participants said, “Many cow shelters built on grazing lands have difficulties getting themselves registered and to avail funds under the MP, MLA quota because the shelter administration doesn’t have the patta (land deed) of ownership under their name.”