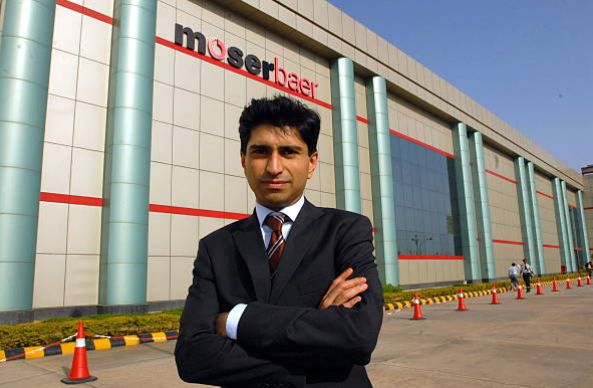 New Delhi: The Enforcement Directorate, on Monday, has arrested Ratul Puri, former executive director of Moser Baer India Limited and nephew of the Madhya Pradesh chief minister, Kamal Nath, for an alleged ₹354 crore bank-fraud case filed by the Central Bank of India. He was arrested following an FIR registered by the Central Bureau of Investigation against Moser Baer, last week.

He is also being probed in number of separate scams, including the AgustaWestland chopper scam. He was allegedly involved in allegations of bribe to facilitate ₹3,600 crore deal for luxury helicopters for VIPs in India.

Ratul Puri was arrested under the provisions of Prevention of money Laundering Act (PMLA). A criminal case was filed in this instance by the CBI, on August 18.

Along with Ratul Puri, the company Moser Baer India Limited, his father and managing director Deepak Puri, mother and director Nita Puri and other directors Sanjay Jain and Vineet Sharma have been booked in the fraud case.

According to the complaint made by the bank, the company had been taking loans from 14 public sector banks since 2009. The company had asked for debt restructuring number of times. The bank has also claimed that forged and fabricated documents have been produced by the directors to induce banks to release funds. Puri and the four former directors are accused of forging bank documents for a ₹354 crore swindle.

The bank, in their complaint, said: “The funds granted by the banks have been misused and misappropriated by MBIL and its directors for their own personal use, MBIL and its directors and promoters have also committed fraud in respect of reporting book debts, which were also one of the primary securities of the bank.”

The court has issued non-bailable warrant against Puri. He was arrested immediately after his protection from arrest, which was awarded to him by a court, ended on Monday. Multiple attempts have been made by him before to avoid being caught.